United against racist hate: Speakout at the Massachusetts State House 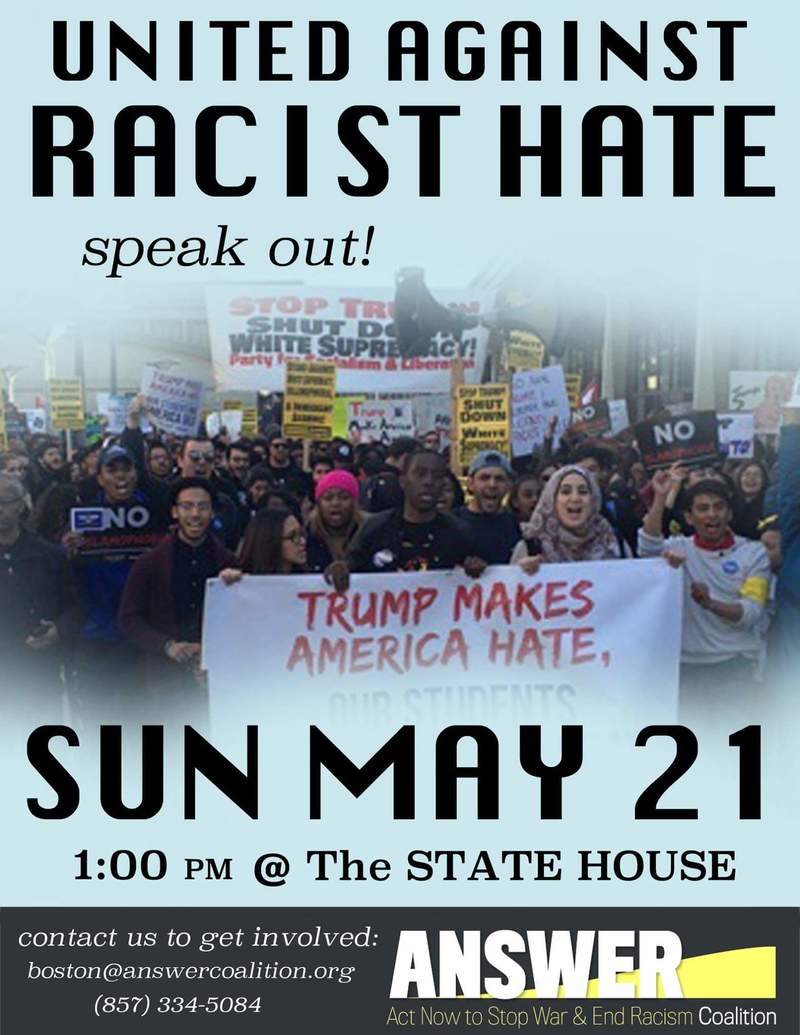 On Saturday, May 13, a few hundred people from throughout New England rallied on the Boston Commons and used the thin veil of “defending free speech” as a cover for groups littered with white supremacists and bigots of all types. In reality, the true agenda of this far right rally wasn’t about free speech at all, but rather the promotion of hate speech, advancing the Trump agenda that is grounded in anti-immigrant racism and inflicting violence on all marginalized and oppressed communities.

Hundreds of people, led by young anti-fascist and socialist activists, came out for a counter demonstration, where they denounced the vile racism and bigotry on display and confronted it with messages of solidarity with and the defense of all those being targeted. A 19-year-old counter-demonstrator was punched in the face by a 28-year-old member of the racist and sexist “Proud Boys”, but was unjustly arrested along with their attacker by the Boston Police. Known white supremacists like Kyle Chapman and Sam Hyde were among those who participated in the rally.

This Sunday, May 21st at 1:00 p.m., please join us for a “United Against Hate” speak out in front of the Massachusetts State House. We must continue to grow and build a strong, united mass movement to stand with our communities that are targets for harassment by far-right groups; the same communities that face countless injustices due to the actions and inaction of those sitting in the halls of power at the federal, state and local level.

JOIN US TO DEMAND: