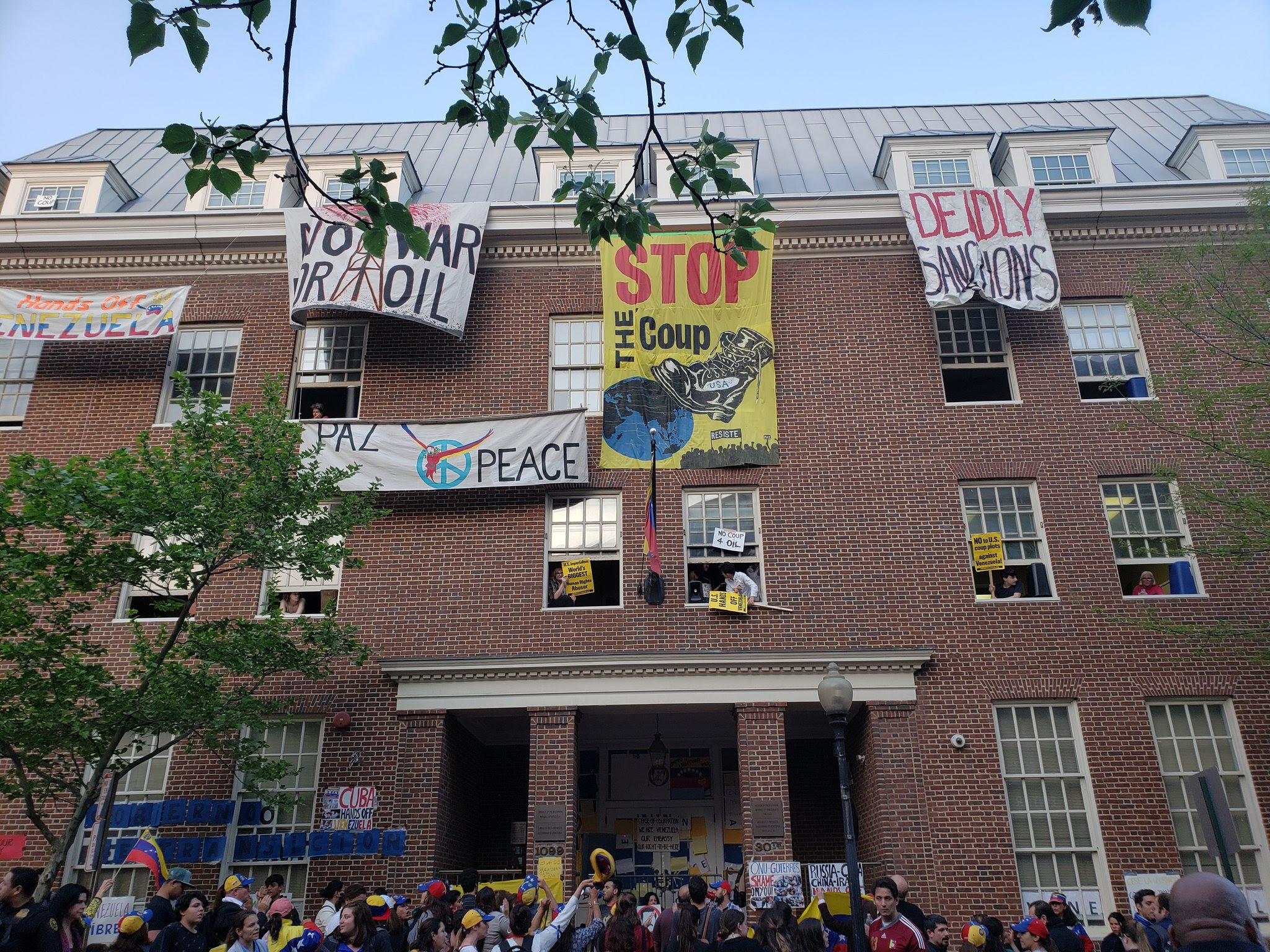 Everyday we are able to stay in the embassy is a victory. We had an incredible win today in defense of peace and against the Trump administration's illegal coup efforts. This struggle, however, is far from over.

The administration and U.S. intelligence agencies coordinated with the ultra-right wing supporters of Juan Guaido to attempt to seize the Venezuelan Embassy in Washington, D.C. this afternoon but were completely shut down by the combination of stalwart disciplined activists who held their ground and a legal strategy that defined and asserted their rights.

The assembled pro-coup protesters expected that Juan Guaido's "Ambassador" Carlos Vecchio would announce that the coup makers would be seizing the embassy. Instead, Vecchio was forced to make a quick exit from the scene in front of the embassy after he pathetically gave a speech out front but couldn't enter. A member of his entourage announced that at some point they hoped to be in the embassy as they would be initiating some undefined legal process to do so. But the plans to seize the embassy just as the other diplomatic properties have been seized -- the plans to raid and arrest peace activists present at the invitation of the Venezuelan government and hand the embassy to the fake ambassador -- have so far failed.

Ahead of the attempted seizure, Mara Verheyden-Hilliard of the Partnership for Civil Justice Fund, representing peace activists who have been staying at the Venezuelan Embassy in Washington, D.C., sent a letter to the Director of the U.S. Secret Service and the Chief of the D.C. Metropolitan Police Department. Here is a copy of the full letter from the PCJF.