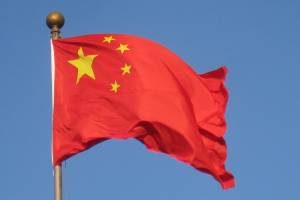 The United States announced this week that it would press charges against five Chinese military officials for cyber spying. Claiming these five officers had hacked into U.S.-owned nuclear, metal and solar companies’ databases, the U.S. foreign policy establishment made history by pressing the first charges of cyber espionage.

This is the latest in the U.S. government's protracted smear campaign against the Chinese government. It is part and parcel of the so-called Asia Pivot, or the U.S. military’s effort to re-balance its strategic posture to focus on East Asia.

The very idea of an Asia Pivot is a symptom of imperialism: Why else does the United States station so many troops in Asia? What do most people in the United States gain by having troops there in the first place?

Anyone even vaguely familiar with the history of these troop deployments understands that they are there to quell national liberation movements and protect U.S. hegemony. The Pentagon and their friends in the White House make no pretenses about the U.S. troop presence in South Korea serving as a threat against North Korea and China.

These accusations of cyber espionage are part of the same effort to maintain U.S. global military and political dominance.

Who is the real cyber spy?

This agenda is even clearer in light of the revelations regarding National Security Agency global wiretapping. Last week, the Washington Post, the New York Times and several other news sources revealed the NSA’s MYSTIC program, which monitors every single phone call made in several foreign countries. This comes as part of a series of revelations of the agency’s unwarranted meta-data collection in the United States, and U.S. monitoring of the calls of German President Angela Merkel and other high-profile international leaders.

This new chapter in the NSA mass surveillance scandal shows the U.S. government's foreign policy in its true colors. It is perfectly willing to comprehensively spy on entire countries and to station hundreds of thousands of troops abroad, but deems it completely unacceptable for other countries to collect any information whatsoever. The United States can spy indiscriminately; every other country cannot do even limited research into private corporations in the United States.