Children and youth speak out against war criminal Netanyahu 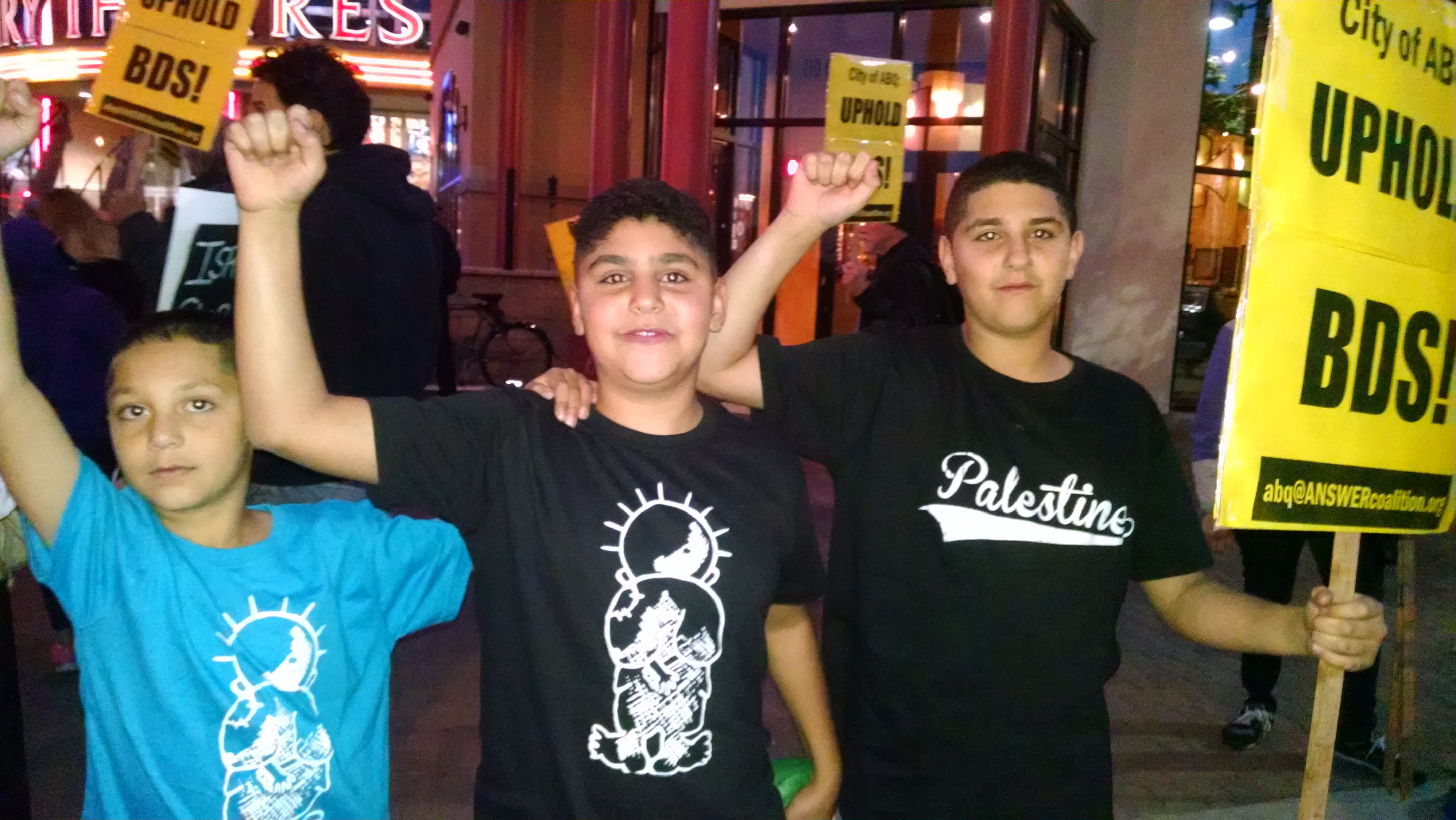 “I can’t imagine what it would be like to see my little brother arrested. I think I would give myself up instead. We need to do something to stop this. I think BDS  [boycott, divestment and sanctions] is a real answer. Also, Obama needs to stop being Netanyahu’s dog!” exclaimed Zayid, a 13-year-old in 7th grade.

The recent Israeli offensive against Palestine has shown a 10 percent increase in the imprisonment of children–Israeli occupation forces arrested 800 children in October alone.

Palestinian communities, families, men, women and most of all the children are suffering a constant barrage of violence and hate.

Arrested and incarcerated Palestinian children within the apartheid state tell tales of torture, being beaten and insulted and even at times used as human shields for the Israeli troops.

“America needs to stop funding Israel and face the facts. Basically, what Israel and Netanyahu are doing is like what Hitler did. And it’s like how we treat the Black people and Native people here in America. It’s the same. It needs to stop,” explains Britney, 15, from Amy Biehl High School.

“Americans need to see which side they are on … they said we are fighting terrorists but we are actually supporting them!” explained Daniel a 14 year old who attends Media Arts Collaborative Charter.

In Albuquerque, N.M., the ANSWER Coalition and allies took to the streets in coordination with protests around the country against Netanyahu’s current visit to the White House. The crimes of Netanyahu funded by U.S. tax dollars, amount to more than $3 billion per year. New Mexico Senators Tom Udall and Martin Heinrich have been consistent apologists for, and supporters of the Israeli apartheid state, so the march stopped at both of their offices with a clear message from the children involved in the protest.

“Some kids don’t know. Since like 9-11 they assume I am a terrorist. But being over there it must be harder being a kid having to help your family with basic needs like money, food and water. Free Palestine!” said Atah a 14-year-old in 9th grade on being Palestinian and growing up in the U.S. with racist imagery promoted constantly on the media mouthpieces for Zionism.

“I feel good about being here together protesting. I like fighting for my country.” added Ridha, a 7-year-old in 2nd grade.

Other youth were concerned by the long term impact on young people like themselves in Palestine:

“Palestinian children are psychologically suppressed and their lives are normalized to the oppression and violence they daily face,” said Mike, 20-year-old attending University of New Mexico.

The youth not only added energy to the march, but also proposed increased solidarity with the Palestinian people as a solution:

“All of New Mexico [must] stand together to stop it.” proclaimed 10-year-old Savannah.