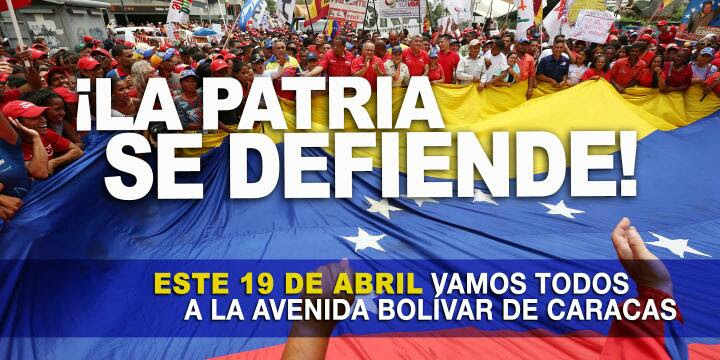 Emergency Action in Defense of Venezuela

Join together with people around the world as we rally tomorrow, Wednesday, to say no coup against the government of President Nicolás Maduro, no U.S. destabilization campaign, as the rightwing opposition increases its extreme violence and coup attempt. A massive rally of the Bolivarian progressive forces will take the streets in Caracas to protect the people against a rightwing rally calling for the overthrow of President Maduro.

Emergency Action in Defense of the Bolivarian Revolution of Venezuela

For information on the situation read these articles:
Maduro call on masses to the streets for Wed.