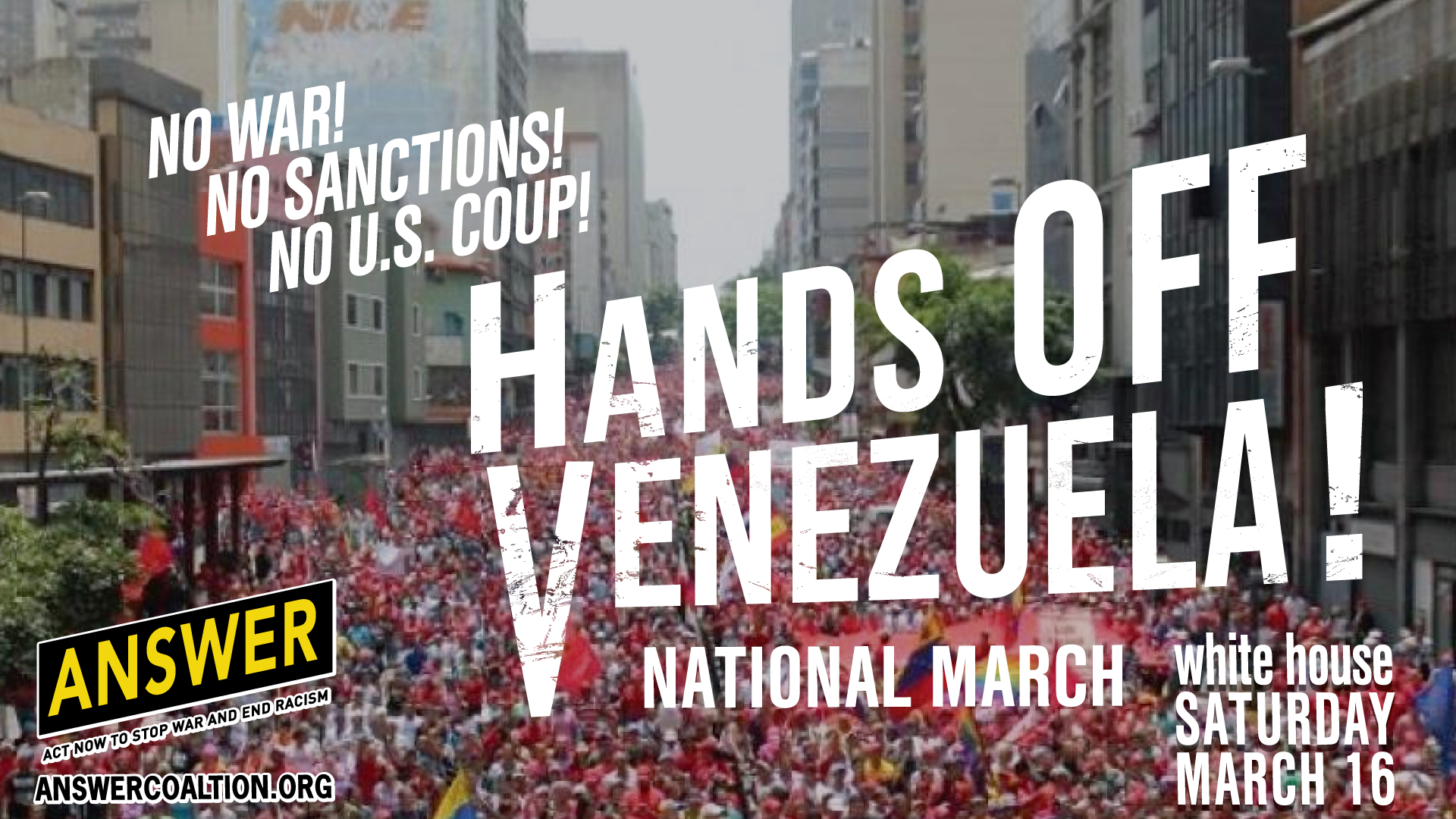 Join the ANSWER Coalition for a livestream report about the ongoing and serious regime change attempt on Venezuela and the growing U.S. anti-war movement that is organizing to stop it.  There is a strong possibility of a U.S. military provocation of some sort this weekend; the Venezuelan right-wing is mobilizing to the Colombian border and the Cuban government has confirmed the deployment of U.S. Special Forces into the area. It is critical that all people of conscience in the United States be informed about what is really going on in Venezuela and what are the real motives of the Trump administration as we mobilize to stop this aggression.

The livestream will feature two highly respected journalists and organizers who have been and are currently on the ground in Venezuela.

Silvio Rodrigues who has just returned from a tour of the country. Silvio will speak about the mood in Venezuela, the international political situation and the significance of the new group of countries that are aiming to defend the ‘sovereignty of nations’ announced by Venezuela’s foreign minister, Jorge Arreaza at the United Nations in New York. He will also highlight the importance of the upcoming local actions on Feb 23 as well as the organizing efforts for the National March on Washington on March 16th demanding “U.S. hands off Venezuela!”

We will also hear from Gloria La Riva, a correspondent with LiberationNews.org who remains on the ground reporting from Caracas and other cities in Venezuela. She will speak about the possibility of a military provocation against Venezuela this weekend, the Venezuelan people’s mobilizations against the coup, and the actions of the Maduro government to combat the economic war against it.

Ann Joseph
Donate to the Movement Volunteer - Get Involved Today