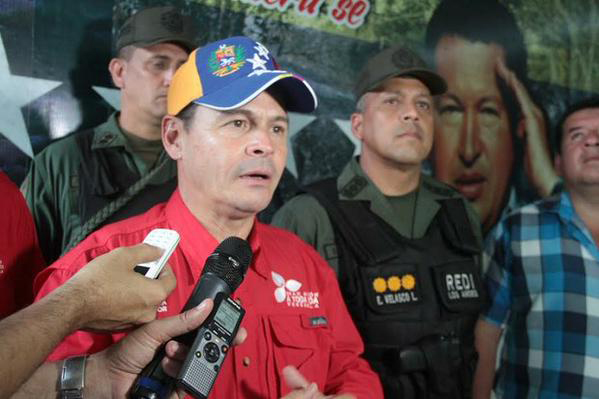 Venezuela’s President Nicolás Maduro has declared a 60-day “state of exception,” in western Táchira state, to stop the massive smuggling of goods into bordering Colombia and to defeat the paramilitary groups involved. He has ordered the border between the two countries closed indefinitely.

Billed as the Operation of Liberation and Protection of the People, or OLP, the campaign is also being conducted in any states where the criminal gangs exist.

The smuggling of Venezuelan goods — among them gasoline, foodstuffs and other necessities — for black-market sale in Colombia, has exacerbated an already difficult economic situation for the Venezuelan people.

The revolutionary government has long subsidized basic food items for the people of Venezuela, making food affordable in the Mercal market chain and other stores. Gasoline is extremely cheap, about five cents a gallon.

Taking advantage of these benefits, smugglers are capturing subsidized goods — foods, soap, detergent, toilet paper, and gasoline — and transporting the contraband to Colombia, yielding huge profits for the gangs. There is also a major money-laundering scheme with the Venezuelan currency of the bolívar.

Many of the paramilitary groups in Táchira and other states are linked with the right-wing opposition that is actively trying to overturn Venezuela’s Bolivarian Revolution.

Maduro ordered the actions in response to the ambush and critical wounding of three members of the Bolivarian National Armed Forces (FANB) by paramilitary groups in Táchira. Several Colombians and Venezuelans have been arrested for that attack.

Now more than 2,400 members of the Bolivarian National Guard are dispatched to the municipalities of Táchira that border Colombia.

Venezuela’s government estimates that 90 percent of the people residing in those municipalities are Colombian, with many directly involved in the contraband operations. A house-to-house search and review of residents’ documents is being conducted. Anyone found not to have legal documents is being deported. Some Venezuelan police and officials and other individuals are also implicated in the smuggling.

By the second day of the OLP, some 1,500 persons were repatriated to Colombia, with Táchira’s governor, José Vielma Mora, assuring that their safety and human rights are being respected.

Vielma described to Telesur TV the depth of the criminal activity. About 27,000 tons of food comes to the region monthly, “enough to provide for 1.5 million Tachira residents, but the majority of it goes to Colombia as contraband. This is why we have shortages and lines,” he said.

The scope of the contraband operation is astonishing.

In a Telesur TV interview with Venezuelan Major General Efraín Velazco Lugo, chief of the recovery operation, he detailed the initial recovery of stolen food that was headed for Colombia’s black market: more than 19,000 tons of food, including meat, milk and rice, 90 tons of sugar, and 700,000 liters of gasoline (185,000 gallons).

Álvaro Uribe Vélez, former Colombian president and right-wing extremist, launched into a war of words with President Maduro and other Venezuelan leaders over the Táchira operations. Uribe is one of several right-wing politicians internationally who have joined in a permanent offensive against the Venezuelan government.

Uribe has longstanding direct ties with Colombian narco-traffickers. Under his 2002-2012 presidency, death squad terror was rampant in Colombia. A U.S. DIA report in 1991 described Uribe as “a Colombian politician and senator dedicated to collaboration with the Medellín Cartel at high government levels…”

Venezuela’s Vice-President Jorge Arreaza tweeted about Uribe, “As expected: the father of the paramilitaries reacts with desperation against the actions taken by Nicolás Maduro.”

Venezuela has asked the current Colombian government for cooperation to defeat the illegal activity.

Since the beginning of the Bolivarian Revolutionary process 16 years ago, the government has had a progressive policy towards many immigrants from other Latin American countries, granting many citizenship status.

But the situation in Táchira is not a case of immigrants coming to live and work legally in Venezuela, with the exception of a small minority. Drug cartels and contraband smugglers in Colombia have essentially invaded the border region of Venezuela.

Arreaza spoke on TV from Táchira, “Paramilitary capitalism of the Colombian ultra-right has tried to take control of Venezuelan territory. Everyone knows about the reality of our sister republic of Colombia, which we love so much.

“There, since the epoch of Pablo Escobar Gaviria, a perverse social process was advanced where the narco-traffickers and other interests ruled the economy. They’re attempting the same with Venezuela, working from Colombia.”

With the government’s decisive operation, there is a favorable response from the communities besieged by the paramilitaries — as well as other areas affected by the smuggling. Support is resonating throughout Venezuela.

During all 16 years of the Bolivarian Revolution, economic sabotage has been a favored weapon of the right-wing to create dissatisfaction and distress in the population, particularly in the run-up to the Venezuela’s national elections and referenda. The power to disrupt supplies to the population exists partly in the fact that 70 percent  of the country’s distribution network is privately owned.

Upcoming elections for National Assembly seats are scheduled for December 6. The United Socialist Party of Venezuela (PSUV) is engaged in a grassroots campaign throughout the country for its candidates and that of the coalition Gran Polo Patriótico, (Great Patriotic Pole in English). Maintaining a PSUV/GPP majority in the National Assembly is critical for the continued revolutionary advances.

Economic difficulties are a big factor during elections. This is the intent of the Venezuelan right-wing saboteurs and the accompanying corporate media blitz, backed by U.S. imperialism.

Solidarity with the Venezuelan government and unity to combat the counterrevolutionary forces is of utmost importance.