Veterans, active-duty troops: 'Obama’s speech means nothing to us and our families' 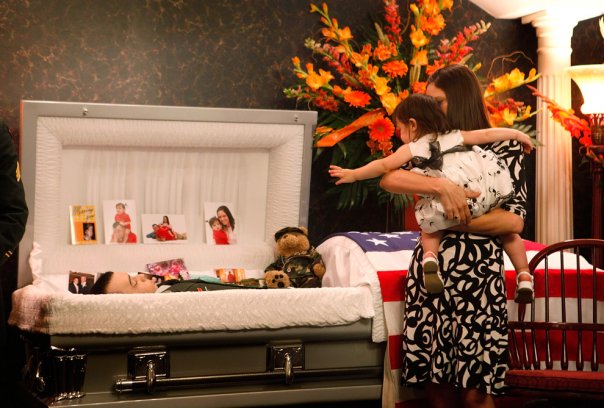 How many more deaths between now and the supposed withdrawal in 2014?

The following is a statement from March Forward!, an organization of veterans and active-duty troops, in response to President Obama’s speech on the troop “withdrawal” from Afghanistan.

President Barack Obama said in his speech on June 22, “This has been a difficult decade for our country.”

It has not been difficult for the Pentagon generals, who sit in plush offices never having to experience the horrors of war while sending us to experience it over and over. Meanwhile they bicker and test out new strategies, then go straight to making six-figure salaries with defense contractors the day after they retire.

No, it has not been a difficult decade for “our country.” It has been a very difficult decade for a particular group of people. It has been difficult for those in need of jobs, an education, a place to live and health care for their families; those who have had no choice but to enlist in the military and are then sent to fight other poor people thousands of miles away. It has been difficult for the workers who are laid-off; the struggling families who have their social services ripped away and the students whose tuition has been raised as they watch hundreds of billions of their dollars funneled into the quagmire in Afghanistan. And this decade has been infinitely more difficult for the people of Afghanistan, who overwhelmingly oppose the brutal occupation of their land.

If the President expected service members and our families to be happy with the announcement that there will be only a minimal reduction now and that U.S. troops will leave Afghanistan no sooner than 2014, his words are falling on exhausted, wounded, fed-up ears.

We have been through 10 years of war. We have been through constant, repeated deployments, often with little dwell time with our families in between. We have been stop-lossed and stuck in the military. We have been sent to the bloodiest battlefields on the reckless, jumbled orders of arrogant generals and politicians. We have watched over 6,000 of our brothers and sisters come home in coffins. In Afghanistan, we have experienced an ever-increasing number of casualties year-by-year—in 2010, twice as many U.S. troops required limb amputations than either of the two previous years, and experienced a stunning 90 percent increase in life-altering wounds to genitalia.

Obama said in his address that “some” have lost limbs, “some” have been psychologically traumatized. It is not “some,” Mr. President. It is hundreds of thousands. It is record-breaking. It is an epidemic.

For 10 years, we have seen the politicians stumble over themselves trying to explain why we must fight, why the wars must continue. We have seen them repeat the mantras of “al-Qaeda” and “9/11,” then see them admit that al-Qaeda has virtually no presence in Afghanistan, that they are ideologically opposed to the Taliban and other resistance forces, that 92 percent of young Afghan men have never even heard of the 9/11 attacks. We have heard them tell us over and over that defeating the Taliban, and driving them from any political power, is the essential, heroic task worth dying for—then we hear them tell us that behind the scenes they are begging the Taliban to agree to a truce and take seats in a unity government. In reality, they are making us fight so they can broker a power-sharing deal with the Taliban.

The token reduction in troops announced by Obama will have absolutely no impact on our lives or those of our families. The eventual reduction of a mere 10,000 troops will still leave more than double the number of U.S. service members in Afghanistan than when Obama took office. It is so insignificant a number that the frequency of our deployments will only be impacted to the smallest degree, if at all.

Our reality will stay the same. The frequent deployments will continue, leaving our families behind, straining relationships as we miss years of our children’s lives. The horrors we see overseas will increase. The treatment we get upon returning home will remain criminally inadequate.

And there is still no end in sight to this reality. The longest war in U.S. history is set to continue indefinitely. We take the political promise of a “full withdrawal” by 2014 like we take any political promise: with the knowledge that these promises mean nothing.

But even if all troops will leave by 2014, which is highly unlikely; that is in 2014. It is 2011. How many of us will die, be maimed and be traumatized between now and 2014? We do not want to wait until 2014. We do not want to wait until next month. We should never have gone in 2001. This is a war—like the war in Iraq, like the bombing of Libya—in pursuit of an American Empire. But it’s not our empire. We don’t hold stocks in defense contractors or own any oil fields. It’s a war for big business, a war for their empire—but it’s a fantasy because the people in those countries do not want to live under occupation, and they will resist. We do not want to fight endlessly in a war for empire. We want all of us home, now.

This cannot continue, and Washington has proven it will change nothing. Enough is enough. We must take a stand.

This is why March Forward! will join the ANSWER Coalition, Veterans for Peace and many other activists and organizations in the October 2011 Movement for a historic action on October 6, the 10th anniversary of the immoral invasion of Afghanistan. In the spirit of the heroic people of Egypt, we will occupy Freedom Plaza in an act of defiance—we do not want to wait for change, we do not want to vote for change. We want change now, and we will fight for it now.

We strongly encourage all other active-duty troops, veterans, and people of conscience to join us.