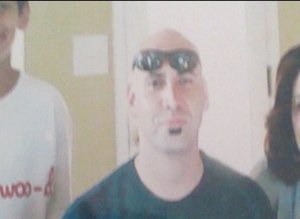 Once again, an indefensible act of police brutality has resulted in an untimely death.

On May 24 the Sacramento police were called to a Metro PCS cell phone store because John Torretti, age 42, was allegedly speaking “unintelligibly” and scaring a store employee. According to the cops, Torretti attempted to barricade himself in the store when they arrived.

The police forced themselves into the store and attempted to put Torretti in custody, who was eventually taken down by an officer, pinned to the ground and hit 10 times with batons by a Sacramento police officer and once by a security guard. Torretti died not long after being taken into custody. The Sacramento County coroner lists his death at May 24, 6:28 p.m.

While police claim it was necessary to use force, video shows them beating a man who was already restrained. Torretti can be seen being held down on the ground by one officer while another repeatedly strikes him with a baton. The video's graphic imagery has spread over the internet, and has outraged the community.

The coroner's office claims Torretti “was not killed by traumatic injuries” yet it has not explained the cause of death.

Indiscriminate force is routinely used by police, who hardly ever face punishment even in the face of overwhelming evidence against their criminal actions. Ernest Duenez Jr., Alan Blueford, Oscar Grant and countless others have lost their lives to systemic police brutality. In the rare occasions where video evidence is captured, police brutality receives greater public scrutiny – and yet even then police rarely face any consequences.

The police departments and the courts work hand in hand to let cops off the hook. What is needed is mobilization and action in targeted communities. A mass movement against police brutality is needed to bring killer cops to justice!