Voices from the March on Washington 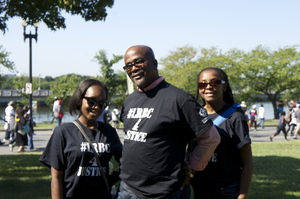 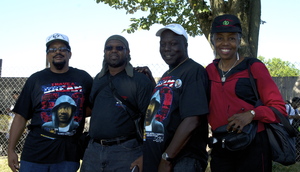 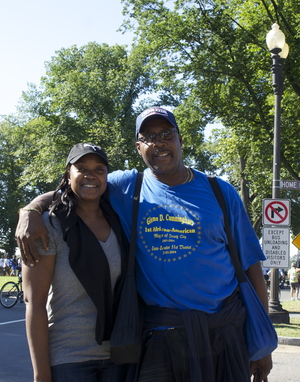 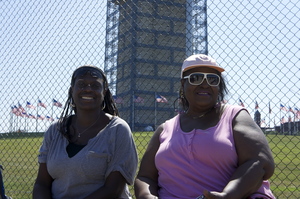 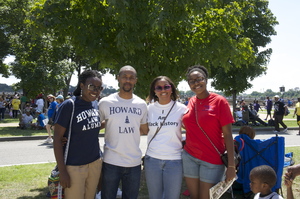 Over 200,000 people participated in the Aug. 24 demonstration in Washington, D.C., to commemorate the 50th anniversary of the 1963 March on Washington and reaffirm their commitment to fight for equality and justice. Below are some thoughts from march participants about the demonstration – why they came, what they hope to accomplish and why they want to continue the struggle. All photos are by Chris Garaffa.

“I'm here for the solidarity movement that makes us work while prejudice still remains. So much still needs to be done to get to the point where we're comfortable that we're not judged by the color of our skin but by the content of our character. It's 2013 and we're still living a lie. We're going to turn it around and create the ultimate lifestyle for all, not just for some.”

“With the unjust verdict in the Zimmerman case, the gutting of the Voting Rights Act and everything in the last 50 years, we've got to let our voices be heard and our bodies shown. We will have a long way to go before we have social and economic justice for African Americans in the USA.”

“I'm here for the experience. I wasn't here 50 years ago, and I told my mother I wanted to be part of history. At the end of the day if we don't come together united, we won't get anything accomplished.”

“I want to get rid of the Jim Crow laws. I was 12 during the Million Man March. We have to let them know we mean business!”

“I'm here to show support for all the issues from 50 years ago and to reveal the people devoted to the cause.

“A lot of things have gotten better, but some things not so much. We want equal rights for everybody - jobs and the freedom to go anywhere and be safe - unlike Trayvon Martin.”

“Trayvon got a lot of notoriety. It happens more than we know. It's happening every second of every day to young men in the courts and schools and every venue they're exposed to. It's so unfair.

“The farce of a trial was a way to show people they knew they were being looked at. They did not intend to afford him [Trayvon] any justice.”

“We want to be a part of history. We have a long way to go, and we have to figure out, what does social justice mean to people? There are so many facets of economic justice.

“It's our time now. We have to be a part of it. We do have a ways to go but we have to be optimistic and find a way to fight.”

“We need better jobs for everyone, better paying jobs. We need to turn around the prejudice and violence.”