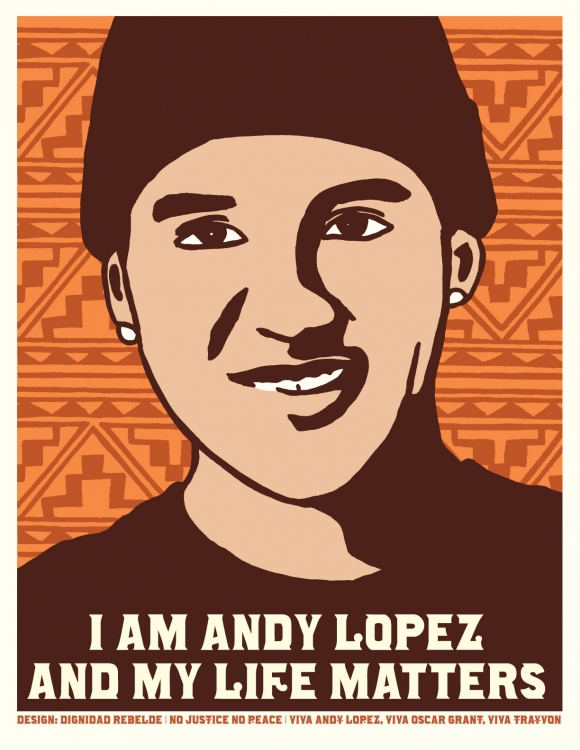 Thousands of people—the overwhelming majority Latino youth—took to the street of Santa Rosa, Cal. on Oct. 29, protesting the police killing of a 13-year-old boy. It was one of the largest demonstrations in Santa Rosa’s history.

On the evening of October 22, 8th grade student Andy Lopez was walking through a field in Santa Rosa, California, to a friend's house. He was going to return his friend's plastic BB gun that he had borrowed. Two Sonoma County sheriff's deputies stopped their car and one of them screamed at Lopez to drop his gun. Lopez started to turn around to face the deputies when one of them shot him seven times, killing him. Ten seconds transpired between the moment the deputies stopped their car and the first shot that was fired at Lopez. The autopsy demonstrated that some of the bullets hit Lopez in the back, before he had fully turned around to face his killer. After the shooting, the deputies handcuffed Lopez's body and evacuated the scene for several hours.