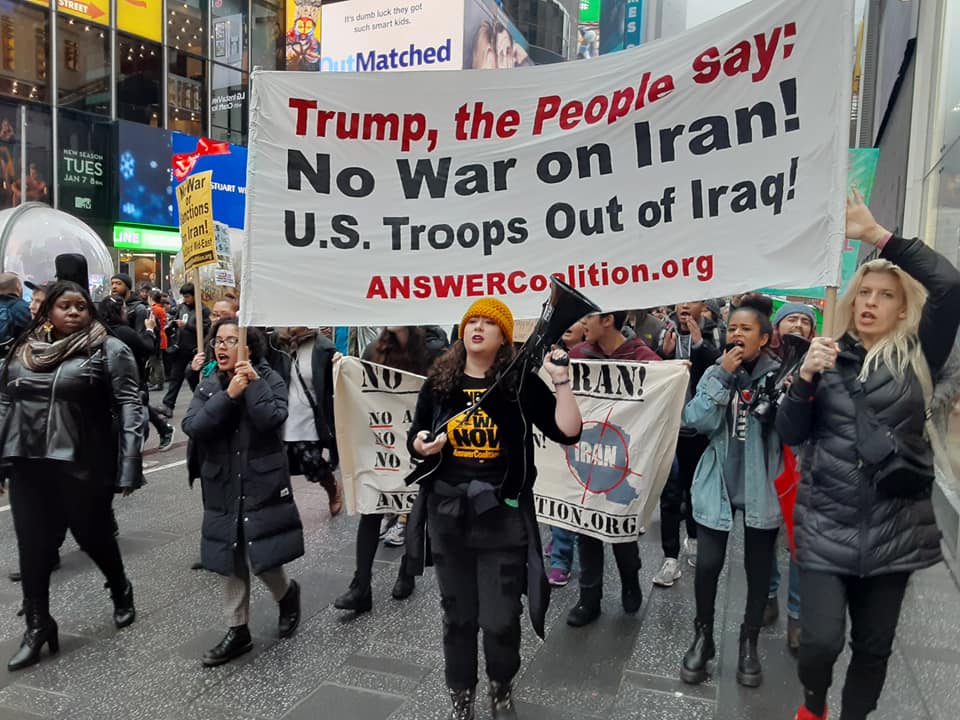 The more than 15,000 protesters who took to the streets in over 90 cities and towns across the country had a profound effect on national and international politics. The people of the United States made it clear that the government that speaks in our name does not represent us when it carries brazen acts of war around the world. The wave of demonstrations was top news on local, national and international outlets; below are just a few of the highlights.

Thousands march in SF to denounce US attack, potential war with Iran

Amid rising tensions with Iran, hundreds rally against war in downtown L.A.

A compilation of footage from cities around the country