We can't breathe! Take to the streets for Eric Garner 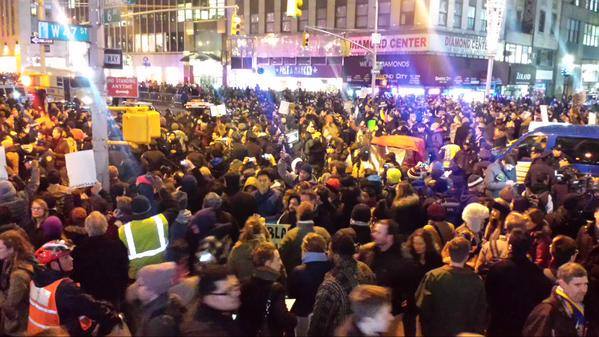 As people were still taking to the streets to demand justice for Mike Brown, this racist system delivered another outrageous injustice. A grand jury decided not to indict Daniel Pantaleo, a New York City police officer who murdered Eric Garner by placing him in a chokehold. His last words were "I can't breathe."

The entire episode was caught on video, but the grand jury still declined to press charges! Body cameras cannot stop the epidemic of racist police terror - only the power of the people taking to the streets can do that. In cities across the country, especially in New York, thousands marched that night to demand justice for Eric Garner and jail for racist murderer Pantaleo.

The ANSWER Coalition stands in solidarity with this movement and will continue to join and organize demonstrations.