Webinar/Teach-in: Challenging Missile Defense in the Age of Trump

The Fight to Stop U.S. THAAD Deployment in South Korea

Facilitated by Hye-Jung Park, Philadelphia Committee for Peace and Justice in Asia 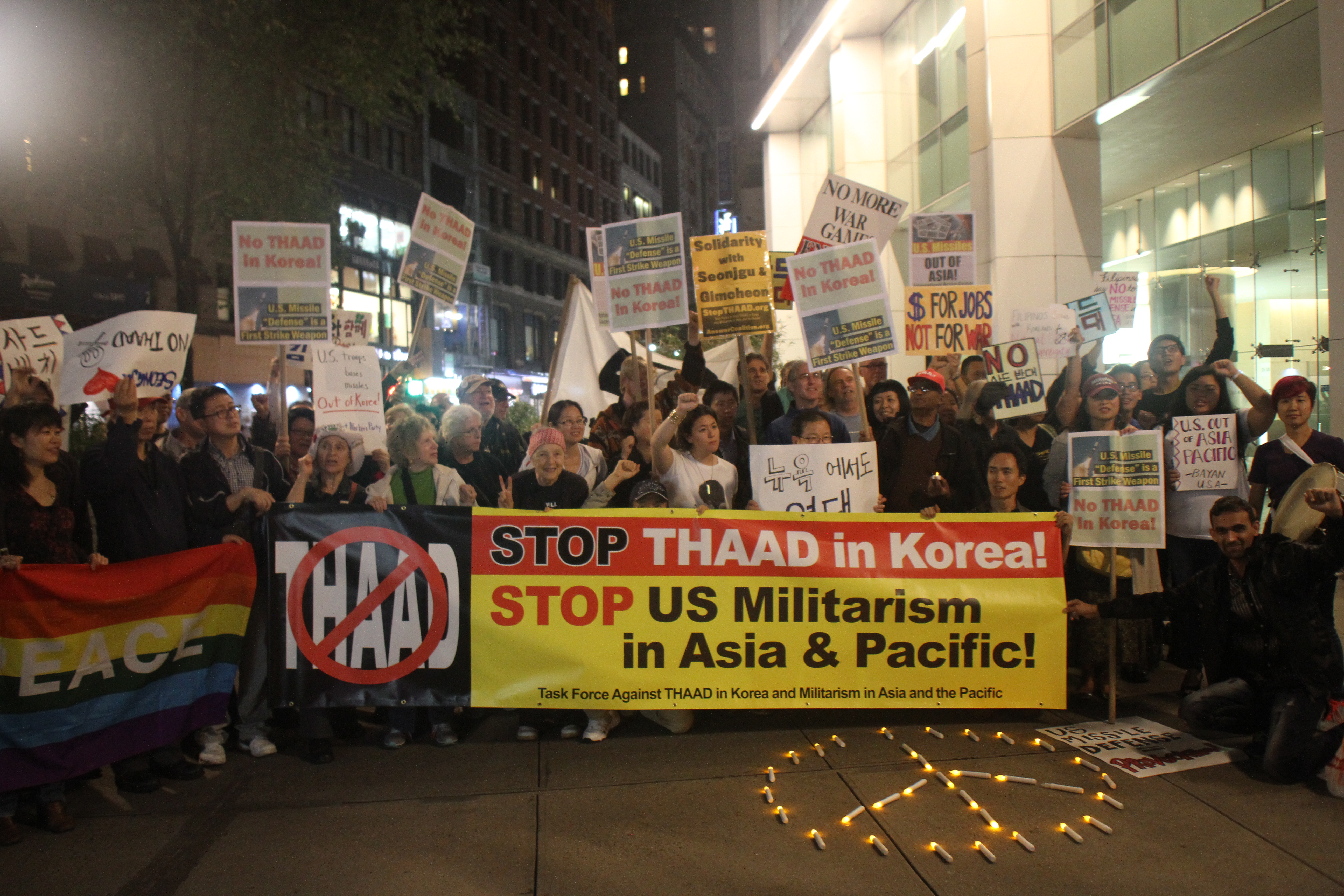 On July 7, 2016, the U.S. and South Korean governments announced a joint decision to deploy the U.S. Terminal High Altitude Area Defense (THAAD) missile system in South Korea. The two governments assert, without serious evidence and contrary to expert opinion, that the THAAD system will protect South Korea from the threat of North Korean missiles.

The U.S. THAAD deployment in South Korea is part of the U.S. “pivot” to the Asia Pacific. It expands the already significant network of U.S. “missile defense” systems encircling China and Russia. These systems give the U.S. military the potential to neutralize an opponent’s ability to retaliate and appears to reflect a broader U.S. decision to change its military posture from one of deterrence to that of first strike.

The determination of the US government to use an expanding regional military presence to boost its regional political influence comes at high cost. It intensifies regional military tensions, fuels a new arms race, and increases the possibility of a new war on the Korean peninsula. It also undermines the national sovereignty and democratic aspirations of people in South Korea.

South Koreans are fighting to block deployment of the THAAD system in their country. They fear that its deployment will draw their country into an anti-Chinese alliance with the United States and Japan, embolden militaristic and anti-democratic political forces in their own country, and exacerbate tensions between North and South Korea. They also worry about the negative health effects associated with the operation of the THAAD radar system.

Also of concern is the cost of the THAAD system--estimated at $1.3 billion, plus an additional $22 million each year for operating and sustainment--which will be borne by South Korean and U.S. taxpayers. The continuing development of new and more destructive weapons systems draws precious resources away from needed domestic social programs in both countries.

Join us to discuss how to fight missile defense in the age of Trump and stop THAAD deployment in South Korea.

Webinar/Teach-in sponsored by the Task Force to Stop THAAD in Korea and Militarism in Asia and the Pacific. For more information: www.stopthaad.org / @STOPTHAAD.