The following announcement is from the Task Force to Stop THAAD in Korea and Militarism in Asia Pacific:

A Report-back by the U.S. Solidarity Peace Delegation to South Korea 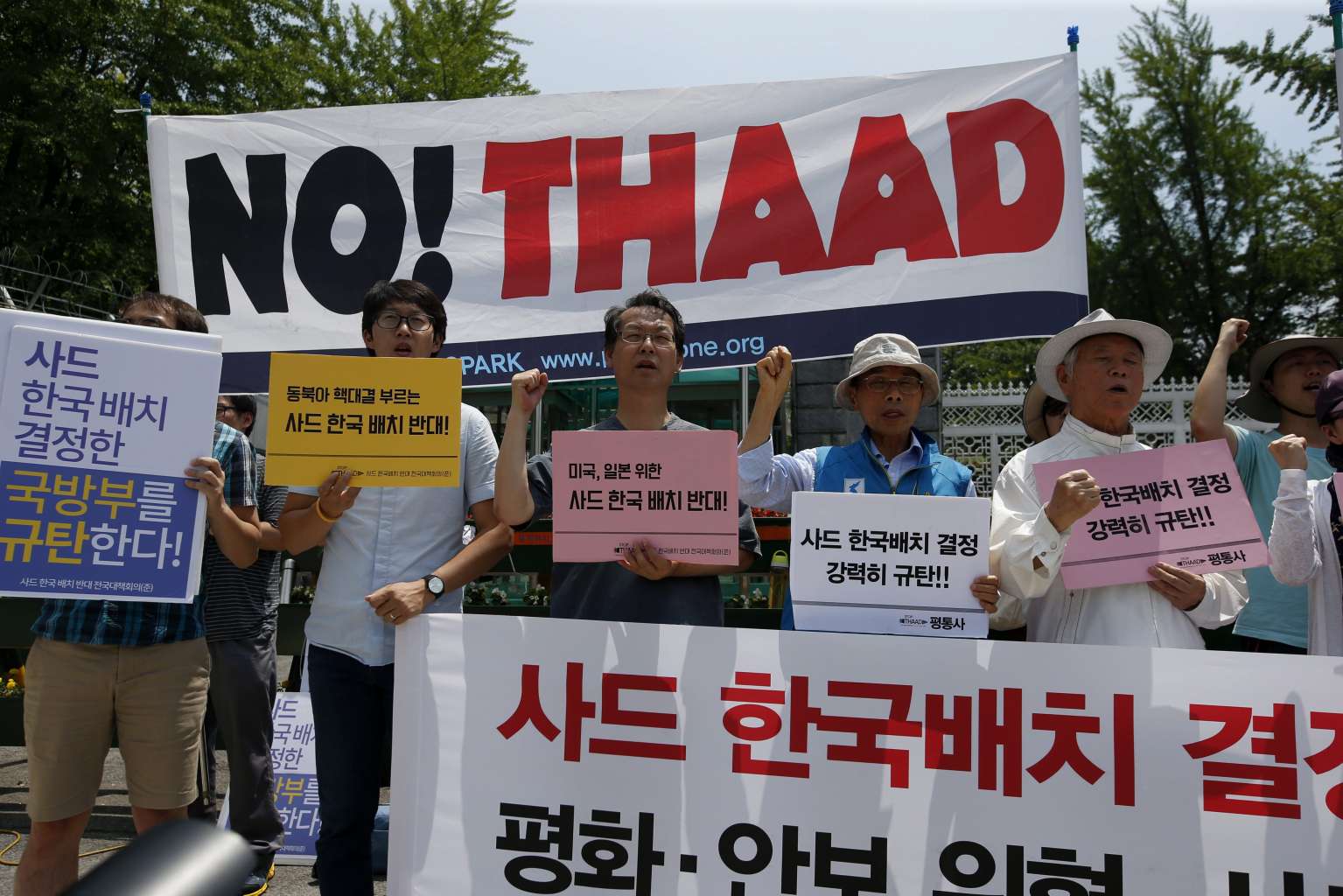 Join us on Wednesday, August 30 to hear a report-back from the U.S. Solidarity Peace Delegation about the fight to stop the U.S. THAAD deployment and war threats in Korea.

The delegation called for:

The delegation shared its message of solidarity with a broad spectrum of peace activists in Seoul, as well as villagers of Seongju, Soseongri and Gimcheon who are waging a heroic fight to oppose the U.S. deployment of the THAAD missile defense system.

Delegation coordinator Juyeon Rhee of the Task Force to Stop THAAD in Korea and End Militarism in Asia and the Pacific was blocked from boarding a plane at LaGuardia Airport in New York City on the morning of July 22. Hundreds of organizations and individuals sent letters of protest to Moon Jae-In and the Blue House to demand he lift the ban on her entry. Signatories to the petition included prominent peace activists like Nobel Peace Laureate Mairead Maguire; Academy Award-winning director Oliver Stone; and American author and Pulitzer Prize winner Alice Walker.

The delegation returned to the United States on July 28, 2017 and pledged to build solidarity in the U.S. for the struggle against the stationing of THAAD in South Korea and the escalation of militarism in Asia. The delegates further call on peace-loving people in the United States and globally to join in this effort.

The delegation was sponsored by the Task Force to Stop THAAD in Korea and End Militarism in Asia and the Pacific and the Channing and Popai Liem Education Foundation.

To learn more about the delegation and the fight to oppose THAAD, visit: www.StopTHAAD.org.