What’s behind the Boko Haram massacre in Nigeria? 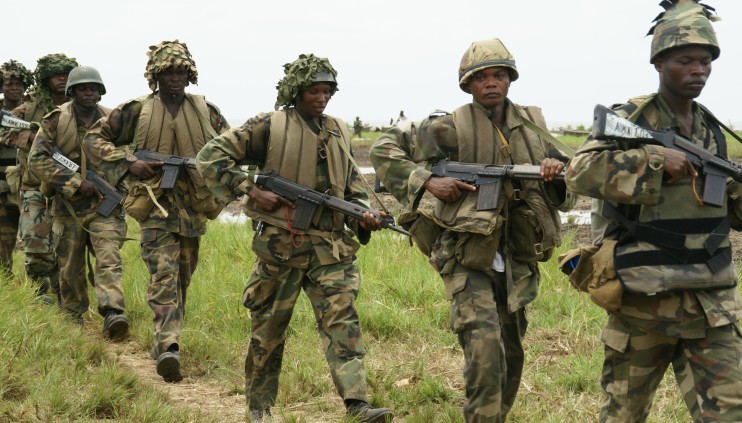 In another sign that the Western media’s acknowledgement of Africa never exceeds the occasional glance and almost always comports with the “dark continent” image of slums, savages and death,  the unjustifiable massacre of 12 civilians at Charlie Hebdo became the largest story in the world, while on the same day hundreds of people, perhaps “as many as 2,000,” were killed in an also-horrific Boko Haram attack in Nigeria, a story that more or less flew under the radar.

This is the latest in a string of Boko Haram attacks that have made the news in recent years, including the kidnapping of hundreds of schoolgirls which spawned the hashtag #BringBackOurGirls.

While this most recent tragedy did not gain the wattage of the killings at Charlie Hebdo, it does fit into the same narrative of “Islamic” insurgency presenting an existential threat to all people in Western countries. And, as is apropos to that narrative, there is now even some talk of a “multi-national” force in Nigeria to take on Boko Haram. Already Western governments are giving support to Nigeria to fight Boko Haram and it is a key piece in their explanation of the expanding Islamic “threats” in Western Africa that have been a justification for a significant expansion of Franco-American imperialist forces in the region.

This makes it even more striking that the story wasn’t big news, given how easily assimilated it is into the broader imperialist war mongering discourse.

However, this lack of acknowledgement of the complex social situations in Africa provides another important opportunity to truly educate ourselves. Boko Haram’s history and reality are excellent ways to begin to understand Nigerian and Western African geo-politics.

What or who is Boko Haram?

Boko Haram, which claims to oppose Western cultural influences and seeks to establish an “Islamic state” in Northern Nigeria, is a shadowy organization. To even refer to it as one organization is false. In fact Boko Haram is not even their name; it was created by others, the group’s recognized leaders refer to themselves as: Jama’atu Ahlis Sunna Lidda’awati Wal-Jihad.

Boko Haram is also very diffuse. In fact without understanding the context of Northern Nigeria it is very difficult to grasp the Boko Haram movement and the falsity of the imperialist approach.

The immense poverty in Nigeria—in 2011 it was estimated that 92 percent of the population lived on less than $2 a day—has a regional character and is worse in the northern part of the country. This region has a very rich history, in particular as a center of Islam in Africa. For instance areas where “Boko Haram” is active now were the center of the massive Sokoto Caliphate in the 19th century.

Oppression—as they say—breeds resistance; poverty and marginalization overlaid with brutal state repression create a steady stream of recruits for causes offering some sort of alternative. The cultural and religious history provides a fertile ground for political movements drawing on particular elements of Islam. There are actually several Islamically-tinged opposition groups many of which operate in cell structures so that often times their recruits are not fully sure which organization they may be working with. Further in the North (and also, for that matter the South) politicians are known not only to stoke the flames of conflict for their narrow piece of the pie, but also to be involved in “terrorist attacks” by “Boko Haram” to forward their agenda.

This also alerts us to the fact that violence is not always strictly politically motivated. For example many times disputes that turn violent may on the surface be between Muslims and Christians, but are really struggles over land between pastoralists and herders.

Despite the fact that this is all well known, and duly outlined by the think-tank apparatus enveloping capitalist policy-makers, none of it is ever referred to. In fact Western governments speak of a single Boko Haram purely motivated by “hatred of the West” and the “way of life” promoted by the universalizing influence of imperialism and Christianity. The answer then, of course, is more funds for the Nigerian military (despite clear and consistent abuses of human rights), more imperialist troops on the ground and closer training and coordination between Western and West African militaries.

West Africa, has become ground zero in the generalized imperialist war drive. The various conflicts and often weak states in the region (many times a result of colonial borders and the ensuing controversies) provide both the humanitarian and legal cover for what has been a clear desire by the United States and France in particular to more forcefully exert control over Africa, the most rapidly emerging piece of the global capitalist economy.

Nigeria’s government and ruling elites are close allies of the West. Their nation, rich in both human and natural resources, offers great opportunities. The large and often accomplished Nigerian diaspora has also helped to create a broad network for the emerging Nigerian economy in the United States, China, and United Kingdom. Being able to cast the main opposition to the government in terms of the Global War on Terror makes it easy to significantly increase the flow of money and military equipment from the imperialist centers that allow them to increase their control over Nigeria’s potentially very powerful economy.

Thus there is a dovetailing between the interests of the international, national, and regional capitalist elites mediated by their particular relationship to the world market. Rather than deal with the actual roots of the conflicts in Northern Nigeria, they seek to manipulate them for their own ends.