"Why I'm shutting down the Army recruitment center on Oct. 6"

October 6 marks the 11th anniversary of war and occupation in Afghanistan--opposed by 2/3 of people in the United States. In this criminal war for the 1%, with many thousands dead, the U.S. war machine takes money from our schools and communities to pay over $400 Million per day on the war. Military recruiters take advantage of  students and poor & oppressed youth to send them to die for Wall Street. 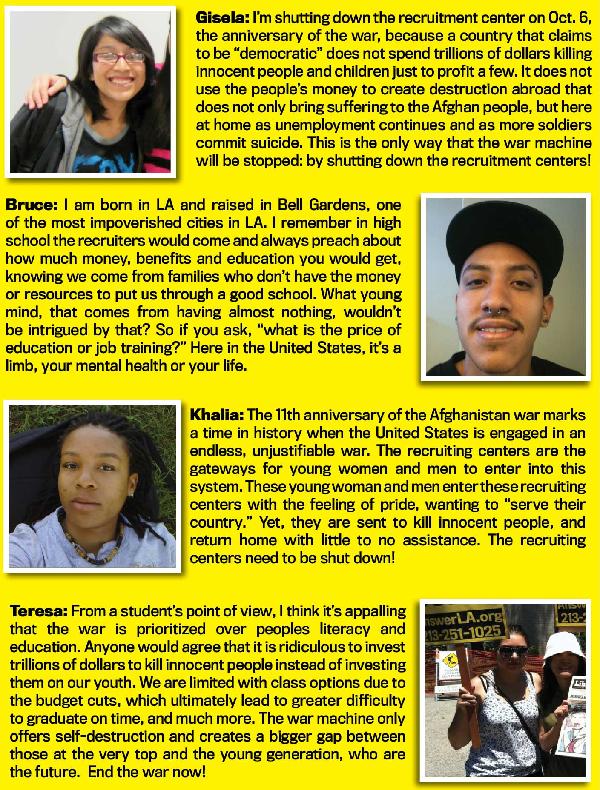