Why progressives should oppose imperialist intervention in Africa 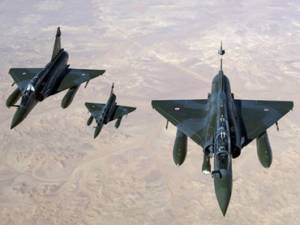 By Eugene Puryear, coordinator of the April 13 "U.S. Drones out of Africa and Everywhere" demonstration

The conflict in Mali is continuing full bore, with the French military taking the lead both on the ground and in the air and seemingly pushing back Islamic rebels based in the northern part of the country. The rebels, associated primarily with Ansar Dine, had overrun a number of cities in the central part of the country, and for a time were menacing the Malian capital of Bamako.

On Jan. 22, two key cities,Diabaly and Doutenza, were taken by French and Malian troops after the rebels holding them retreated. For the time being, this has ended the threat of the fall of the Bamako government and shifted the fighting back towards the northern part of the country. The French air force has been launching numerous airstrikes in northern Mali, including in the ancient city of Timbuktu, in an attempt to weaken the strongholds of the rebel forces.

The proposed “Africanization” of the conflict has yet to happen as troops from the Economic Community of West African States and other African states have as yet only trickled into Mali. At a recent emergency summit in the Ivory Coast, ECOWAS leaders called on the “international community” to provide financial support for their African military mission in Mali, which is slated to take over most ground operations from the French. >

With many towns being taken without a fight, it is unclear if the rebel strategy is to retreat to strong points or launch a guerilla-style conflict. Ominously, human rights organizations have reported that Tuaregs and ethnic Arab civilians have been targeted by Malian security forces in a number of brutal attacks and killings.

One might wonder why so many West African nations have lined up behind the French intervention in Mali. France is a former colonizer of the region with clear economic and geopolitical motives. As mentioned in part one of this series, while the motives of various governments are not exactly the same, they can be broadly understood as a wish for stability.

The importance of territorial integrity is crucial for the ruling elites of many nations involved. Nigeria for instance, which has faced major unrest in both the North and the Niger Delta in the South, has significant reason to fear that the fall or breakup of Mali could encourage militants at home. The same could be said of Ivory Coast, where a civil war recently ended, and the most recent presidential election was decided more by French helicopters than by voters at the ballot box. Similar to Mali, Niger more directly fears Tuareg or Islamic militants becoming bolder on its territory.

In many of these countries, major unrest would threaten the kleptocratic, mineral-extraction-based economies that keep a tiny elite raking in billions while the majority of the population lives in truly abject poverty. Even for the more stable nations, significant regional unrest with its influx of refugees could destabilize the broader social and economic status quo. In sum, a significant wave of armed unrest in West Africa would threaten the regional elite’s ongoing attempts to carve out a lucrative arrangement in the world capitalist system.

Do people in Mali support the French intervention?

One crucial piece of the Mali conflict has been the proliferation of reports that most Malians support French intervention. There are a number of reasons that might account for this, but first of all it is worth noting that it is not clear to what degree this support is genuine and to what degree opponents of French intervention feel unable to speak freely or were simply not interviewed or reported on. Important social activists, like the revolutionary-minded Oumar Mariko and former minister Aminata Traoré, have spoken out against the war.

That being said, there is reason to believe many Malians may indeed support French intervention. The Islamic rebels in the North have meted out brutal treatment to those who violate their interpretations of Sharia law. This has included bans on singing and music—something for which Mali is well known—as well as a significant rolling back of women’s rights.

Such restrictions are at odds with the Sufi variant of Islam and the general religious pluralism that exists in Mali. The destruction of historical heritage sites strikes directly at some of the proudest legacies for African people.

Further, al-Qaeda in the Islamic Maghreb and other rebel groups operated with the tacit support of the Bamako government, which took kickbacks from these groups' lucrative hostage-taking operations. This led many Malians to associate them with the corruption and exploitation in their society. Many of the rebel groups have also agitated against independence for the Tuareg and others and stressed territorial unity of the country, which does little to endear them to those for whom national liberation is a crucial concern.

Is France intervening to protect the interests of African people?

This speaks to the limited political spectrum within which the conflict is taking place. When given only two choices, many people choose the option that seems to benefit them the most. In this case, to many it appears that France has come to defend Mali. This, however, does not address the key issue involving French intervention, which is that they are there not to protect the interests of the Malian people but first to protect a beneficial economic set-up and to counteract wider political instability in the region. Such instability could also endanger the economic-political situation for France, which is heavily embedded in West Africa and the Sahel region.

This means that French intervention, while initially appearing to some to be positive, raises other issues that reveal it to be distinctly against the interests of African people. First, for Mali directly, there is little sign that further French intervention will do anything to address Tuareg self-determination, which means further conflict in northern Mali could be inevitable. Additionally, a long-term conflict would lead to significant destruction and displacement as well as the increased militarization of ethnic conflicts in Mali. Further, it does not address any of the underlying political instability in Mali, and threatens to further entrench the corrupt elite establishment.

For the African continent the issues are equally significant. The interventions by France and others in Libya, Ivory Coast and Mali have now legitimized the role of Western troops and air power in African political conflicts. This is particularly significant in the current period when ethnic and national conflicts are erupting all over the continent, as long-simmering grievances over land, water, political corruption and mineral resources break out. In Kenya, Nigeria, Sudan, Somalia, Ethiopia, Uganda and the Democratic Republic of Congo, major conflicts are underway or brewing.

With the United States significantly ramping up its military activity on the continent it is clear that major conflicts anywhere could draw in Western forces. When the political forces at play are retrograde, like northern Mali’s rebels, this may seem benign. However, if popular uprisings against corrupt capitalist regimes begin to challenge African governments, a quick call to Paris, Washington, or London could send missiles raining down in the name of “regional stability.”

Many observers say that this is not a “neocolonial” invasion of Africa. This view overlooks the broader dynamic, which is the further embedding of Western militaries into African political entities, as protectors and guarantors. Arms money and training flow freely and can be used against “terrorists,” a designation that can easily include revolutionaries. And when arms and training fail, planes, troops and ships can be called in to prop up the politically feeble.

Opposing the French intervention in Mali is crucial for all those who desire the liberation of the African continent from poverty and division.