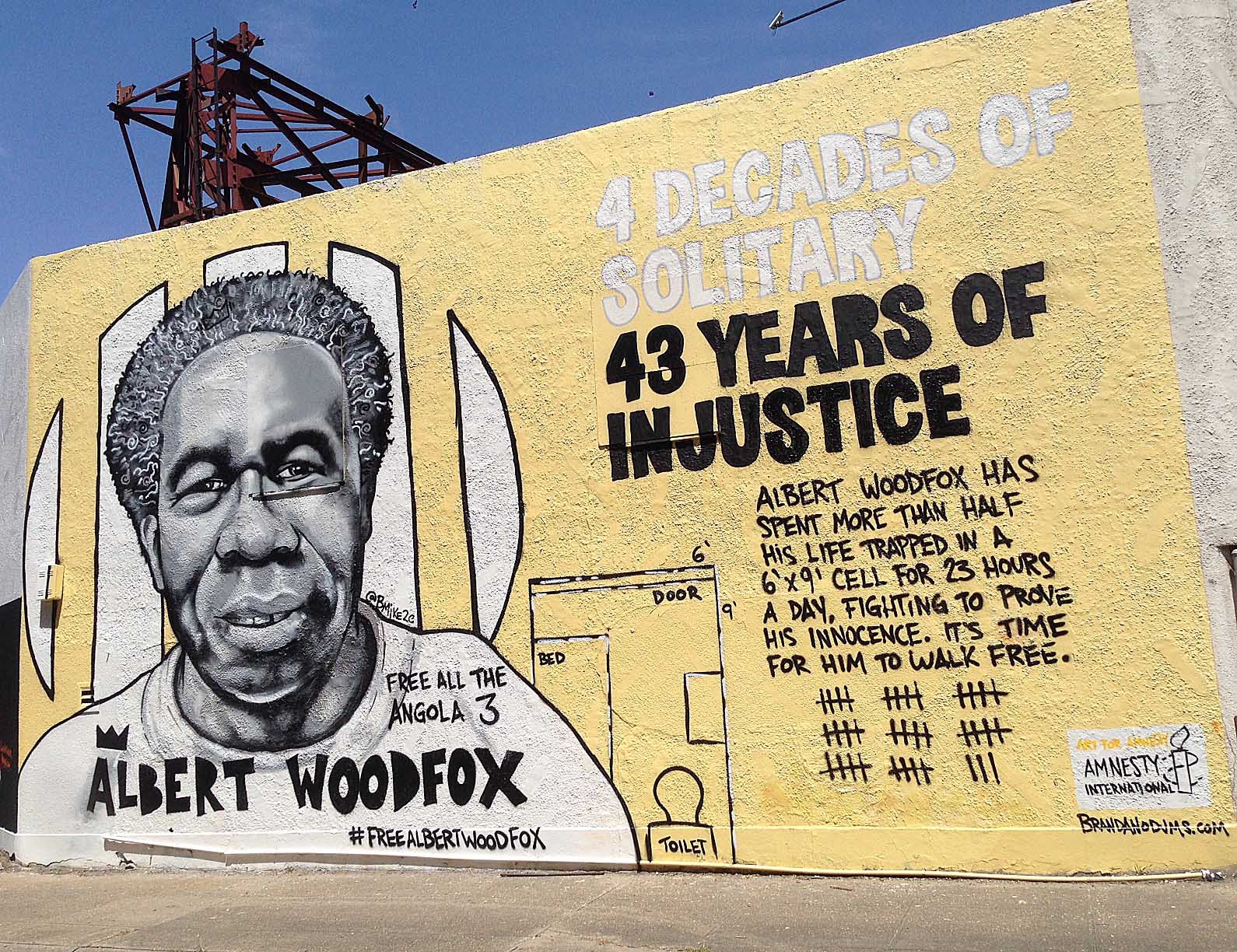 Albert Woodfox of the Angola 3 to speak in SF

Albert Woodfox, the last of the prisoners known as the Angola 3 was finally released from prison on his birthday, February 19, 2016, after serving 43 years in solitary confinement, most of those years in the infamous Angola State Prison in Louisiana. He and his comrades Robert King and the late Herman Wallace, were subjected to horrific abuse for decades for organizing a chapter of the Black Panther Party inside Angola. Albert has joined Robert King in speaking across the nation and internationally, calling for an end to solitary confinement and mass incarceration.

Join us in welcoming this heroic fighter for justice to San Francisco!