Workers in South Korea continue to struggle for equality January 15 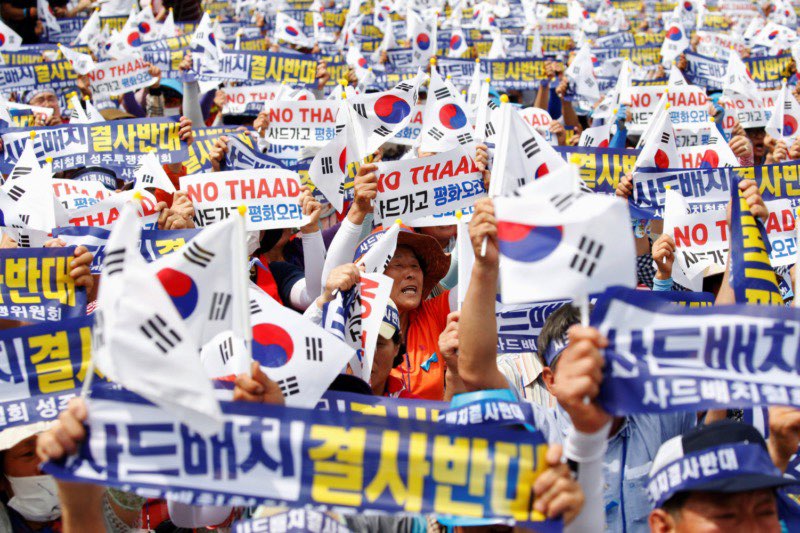 In 13 regions through the Republic of Korea (South Korea), workers at the 2021 People’s Congress rededicated their commitment to struggling for economic and social justice in the country. The Korean Confederation of Trade Unions (KCTU) is preparing for significant demonstrations in Seoul January 15, which are being organized around the slogan, “Let’s overthrow inequality through general unity with the people!” The KCTU is the largest umbrella organization of trade unions in the south.

The upcoming action follows the October 20 general strike, the November 17 peasant demonstrations, and the December 2 poor people’s rally of 2021.The wave of actions were in part sparked by the arrest of KCTU president Yang Kyeung-soo last year. Yang was arrested during a pre-dawn raid on KCTU headquarters on September 2 under the pretext of violating COVID-19 restrictions during a series of mass rallies in the early summer months. In the July rally, the police barricaded the protest site, forcing the KCTU to relocate the rally.

Yang’s arrest was condemned by the international workers’ movement, including the United Auto Workers who, together with the United Steelworkers and AFL-CIO–travelled to the Korean Embassy in Washington, D.C. in October to meet with South Korean diplomats to demand Yang’s release. Special rapporteurs from the United Nations formally sent a letter to the South Korean government on October 22, affirming that Yang was exercising his rights to assemble peacefully. There were no reported COVID-19 transmissions at any of the rallies. As the People’s Democracy Party stated:

“The reason workers risk their lives to come out on the streets amid the spread of COVID-19 is that they choose to die fighting rather than working in the subordinate and distorted social structure. In South Corea, about 2,000 people are killed in industrial accidents every year, and over the past four years, the number of regular workers has decreased by 240,000 and the number of precarious workers has increased by 950,000.

Yang’s arrest galvanized the movement, as millions of workers throughout South Korea staged a general strike on October 20, 2021 to fight for a broad range of economic and social reforms.

Unable to quell the movement and in the face of international pressure, Yang was sentenced to one year in prison with a suspended sentence on November 25, after spending 84 days behind bars.

The South Korean economy is a major powerhouse in the world, yet among its fellow OECD countries, it has the highest number of deaths on the job, the fourth highest rate of poverty, and the third longest working hours. The vast majority of the wealth is held by a small grouping of national and international capitalists.

The KCTU-led movement is fighting for economic justice, including the elimination of precarious work and the right to workplace safety, as well as social programs–from housing and education–more broadly. Additionally, they’re fighting to redistribute funding from the military to people’s needs and condemning the U.S. aggression against the Democratic People’s Republic of Korea to the north, the ROK-U.S. military alliance and regular war exercises, the deployment of the THAAD missile system, and growing antagonisms with China.

On January 8, Koreans and their allies in the U.S. will unite against imperialism and capitalism and for peace and true economic and social justice. The ANSWER Coalition will participate in actions in the U.S. and continue to stand in solidarity with the struggle for a people’s democracy in the south and the peaceful independent reunification of both Koreas.