2 years of Trump: Take to the streets Jan. 19-21 to protest racism, war and bigotry, and to save the planet!

People across the country will be taking to the streets in huge numbers the weekend of January 19-21 to fight for justice and oppose racism. ANSWER Coalition chapters across the country are mobilizing to be part of Women's March actions and activities honoring the legacy of Dr. Martin Luther King. ANSWER Chicago initiated the following important action to protest the anti-worker, bigoted policies of Donald Trump and his administration on the second anniversary of his inauguration. 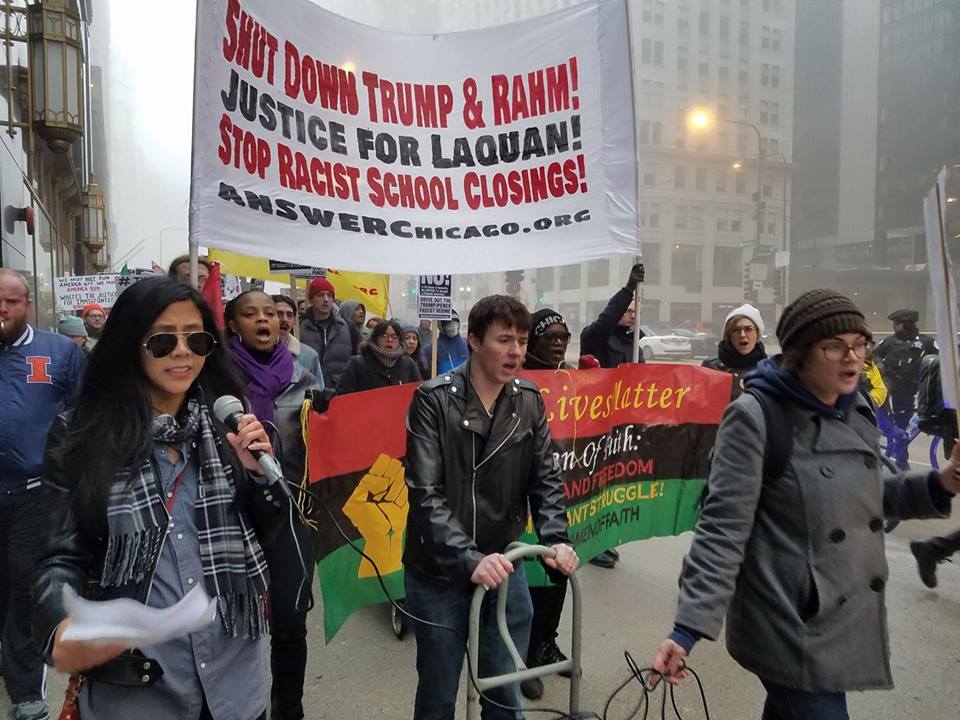 On the anniversary of white supremacist Trump's inauguration, we will take to the streets again to shut down racism, war and bigotry, and save the planet. Join us. We must and will keep marching and fighting and building the people's movement for the real and lasting changes that are so badly needed!

Multiple looming crises are confronting the human race and we must and will take collective action.

The people must and will reemerge as an unstoppable force in society to shut down racism, war & bigotry. Bring your signs, banner and voices of protest!