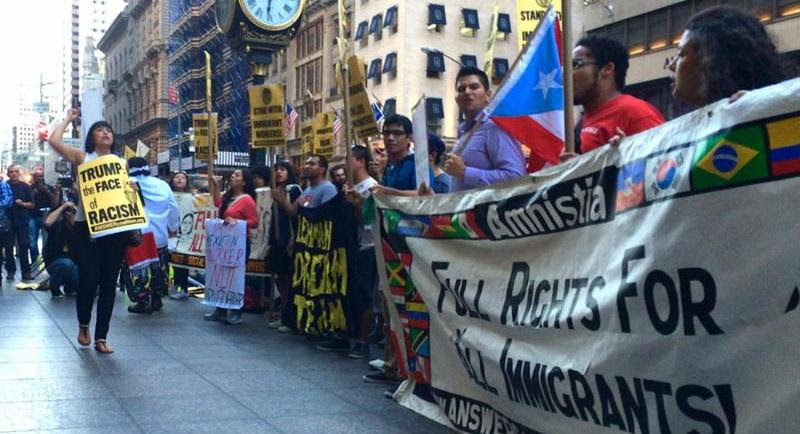 February 21, 2016 at 2:00pm - 5pm
Civic Center Plaza
1 Civic Plz NW
Albuquerque, NM 87102
United States
Google map and directions
There are growing efforts to whip up hatred against people in our community. We can't stand by while people like Donald Trump use their power and money to spread hatred against Muslims, Arabs, Mexicans, immigrants, refugees, LGBTQ people, women or anyone. Inflaming hatred, scapegoating and racist rhetoric have no place in our society. Sickening acts of violence against Mosques, women's healthcare clinics, and ordinary people everywhere are on the rise. We are united against acts of violence, including inflammatory statements against any group.

This march of hatred cannot go unopposed. This is a dangerous moment and that's why we all have to unite! Preying on people's fears requires us to say that immigrants, Muslims, refugees and other assailed communities are not the problem. Espousing hatred and violence is the problem! We are the majority. An injury to one is an injury to all!

Join the February 21 mobilization to Unite Against Hate! Join together with your neighbors, families, workers and everyone to stand up to Trump and all forms of bigotry!