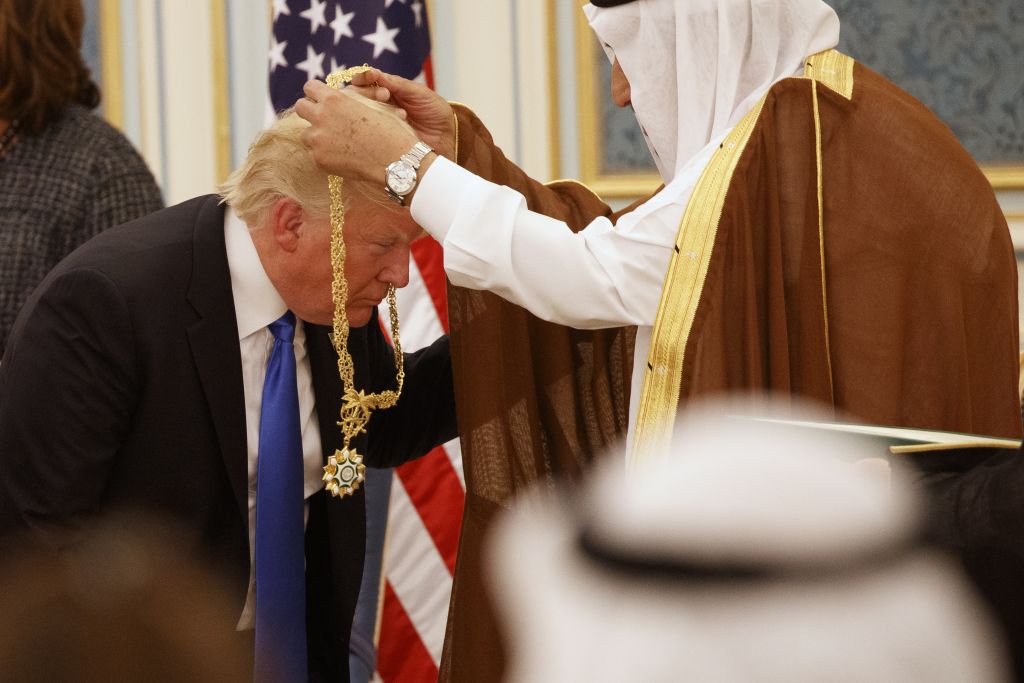 Donald Trump, following the footsteps of all presidents since the end of World War II, has committed himself to the U.S. alliance with the oppressive, theocratic regime in Saudi Arabia. The centerpiece of Trump’s visit to the country May 20-21 was a $110 billion arms deal that serves the dual purpose of lining the pockets of U.S. weapons manufacturers and propping up a government that causes tremendous suffering both inside and outside its borders.

Although the media heavily covered the disagreements the Saudi government had with the Obama administration, the regime remained and remains a fundamentally loyal servant of the United States. It crushed the popular uprising in Bahrain, the home of the U.S. 5th Fleet. It finances some of the most extreme, right-wing religious militias fighting to overthrow the Syrian government – a longstanding U.S. objective.

The new arms deal will fuel the Saudi war on Yemen to prop up the pro-U.S. regime of Abdrabbuh Mansur Hadi, which had been virtually defeated by the Houthi rebels prior to the intervention. The war has caused a massive humanitarian disaster, with a deadly cholera outbreak spreading uncontrollably and the specter of mass starvation looming. The United States, in addition to weapons, provides logistical and political support for the Saudi-led forces.

The ANSWER Coalition condemns this latest move by the war-mongering Trump administration. We will not forget the suffering of the people of Yemen, Syria, Bahrain and the oppressed masses inside Saudi Arabia as we continue to build the movement against U.S. war for empire.