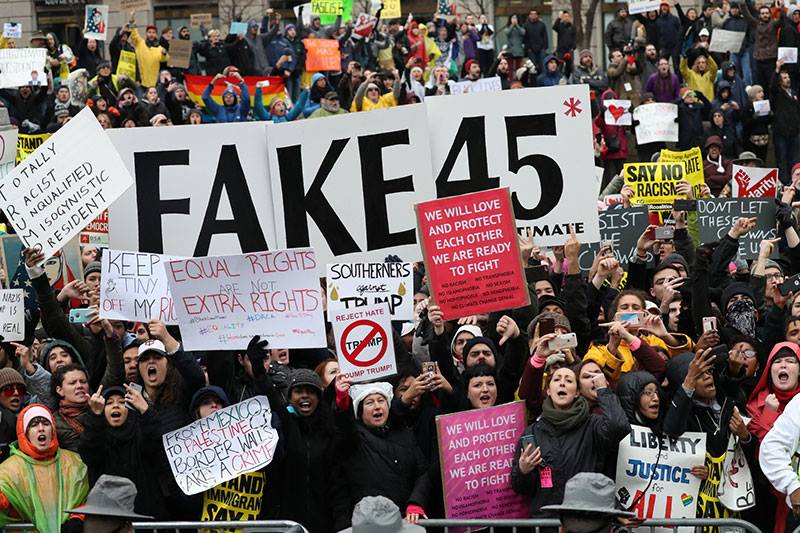 We shut down big parts of the Muslim ban temporarily and now we must stay in the streets and keep this new mass movement to Stop the Trump Agenda going strong. There is power in numbers!

The right-wing resurgence can only be defeated by an organized independent resistance of the people from the grassroots.

Join us as we continue to build the resistance to the Trump regime of racism, sexism and bigotry. Join us as we help build a united front in defense of all those who are under attack. We must not stop now! This is a movement, not a moment!

Descend on Trump Tower in Chicago on the one month anniversary of the Trump administration. Call us at 773-885-3991 for more information or if your organization would like to partner with ANSWER Chicago for this protest. Initial partners are Black Lives Matter Women of Faith, Chicago SCLC, CODE Pink Chicago, Gay Liberation Network, La Voz de los de Abajo and People United Against Oppression.

The opening rally will included a performance by Sousaphones Against Hate, Baritones Resisting Aggression.