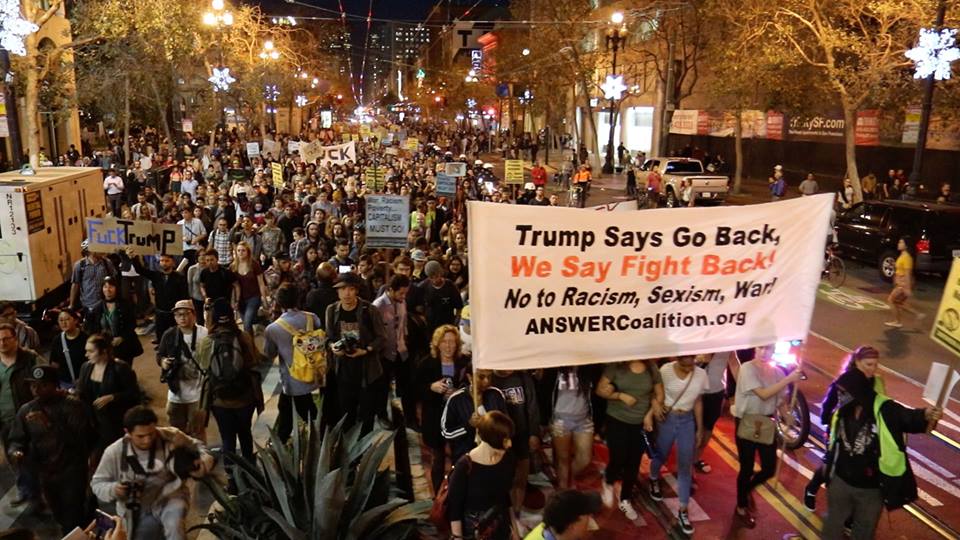 Fundraiser to Defeat the Trump Program

Enjoy some drinks, music and a raffle while helping fight the Trump program!

Help raise funds for upcoming ANSWER actions against the Trump program. ANSWER is working on organizing for the April 21 Climate Action on Earth Day and playing an integral role in the May 1 Day Without an Immigrant/Stop the Deportations mass protest. All funds raised will go to cover printing costs for flyers, posters and signs, for banner materials and to fund the fightback movement to come.

Trump’s appointees are a motley and dangerous crew of billionaires, white supremacists and climate change deniers. They have nothing good in mind for anyone but the banks, oil companies and the military-industrial complex.

It is more important than ever that we keep building the grassroots movement against war, militarism, racism, anti-immigrant scapegoating and neoliberal capitalism’s assault against workers’ living standards and the environment.

Real social change comes from the bottom, the mobilized grassroots, and not from the centers of institutional power, the professional politicians or the capitalist elites.

Details on the April 21 action can be found here.

Details on the May 1 action coming soon!