Emergency demonstrations for Wed. Jan. 8 announced: "Step back from the brink -- No war with Iran!" 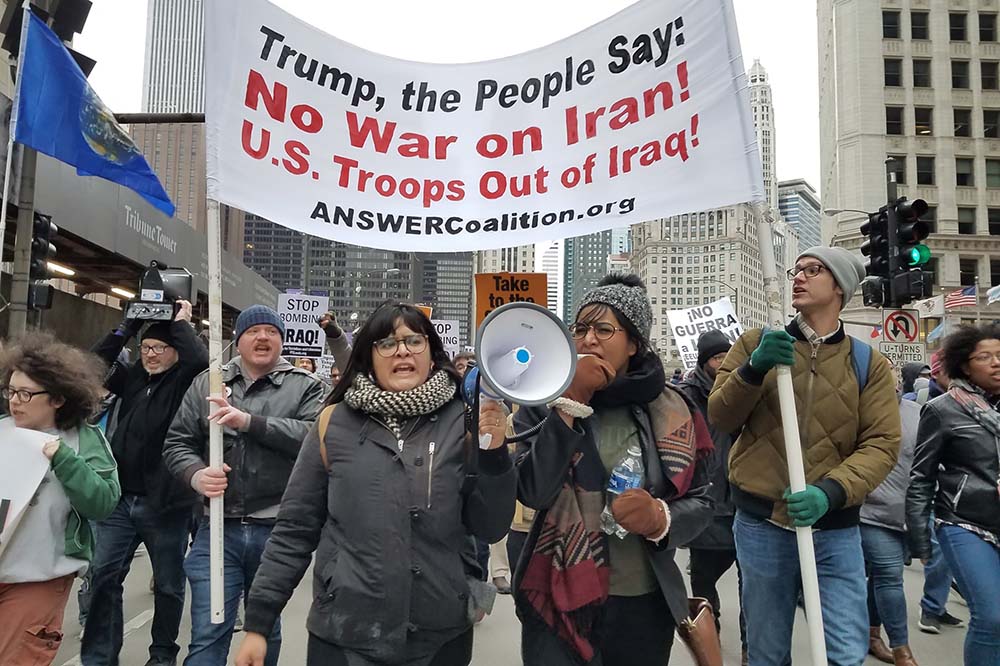 The Trump regime has brought the world to the brink of a catastrophic new war in the Middle East by ordering the assassination of one of Iran’s top leaders, Gen. Qassem Soleimani. Millions of people from all walks of life joined the huge funeral processions in Iraq as well as Iran demanding justice. Trump and his warmonger advisers knew that the leadership in Iran would have no alternative but to respond to the extreme provocation, opening the way for a massive new U.S. military assault on that country.

"It is Trump and his administration which bear the full responsibility for the threat of a new and devastating war," said Richard Becker, representative of the ANSWER Coalition, "Prior to the assassination of Soleimani, Trump illegally broke the JCPOA, the Joint Comprehensive Plan of Action, also known as the Iran nuclear deal. The administration imposed harsh sanctions on Iran – really an act of war – seeking to strangle the economy and cause maximum suffering for the more than 80 million Iranian people."