Events across the country in solidarity with Venezuela's Bolivarian Revolution

This call to action was originally circulated by the Alliance for Global Justice. Below is a listing of events that will be updated regularly. 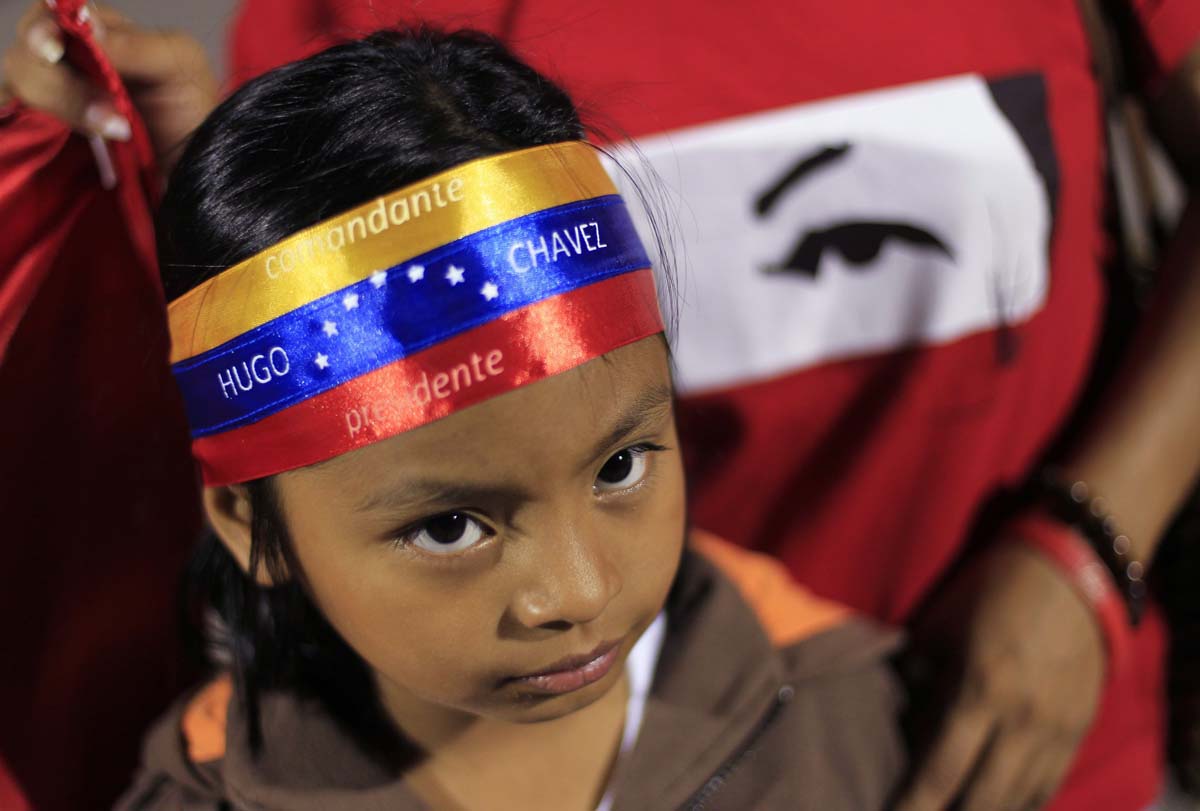 March 5 is the second anniversary of the passing of Venezuela’s President Hugo Chávez, who transformed Venezuela through his courageous struggle to help Venezuelans become protagonists of their destiny.

Before Chávez, Venezuela's natural resources enriched foreign oil companies and elites, both in Venezuela and abroad. Today the country's wealth has been harnessed for true development -- hundreds of thousands of homes and schools have been built, and healthcare has become free and accessible throughout the country. The goal of the Bolivarian revolutionary process is socialism, where every human being can enjoy guaranteed rights of healthcare, education, housing, jobs, equality, culture, social peace, and international solidarity.

The US government is working to destabilize Venezuela’s democratically elected government, using US tax-payer dollars to finance anti-government organizations in Venezuela, encouraging coup attempts and even terrorist attacks on their population. Now, the US is applying sanctions against Venezuela to punish the government and people for defending their sovereignty. It is up to us, the people of the United States, to demand that the US government stop the attacks and destabilization of Venezuela, respect international law and Venezuela's right to self-determination.

This is a dangerous time for Venezuela. The US has spent millions of dollars to destabilize Venezuela and regain control of their oil reserves, which are the largest on the planet. The Obama administration has increased these aggressive policies since the death of President Chávez and the 2013 election of President Maduro.

After losing legislative elections in late 2013, the opposition began violent street protests a year ago which resulted in over 40 deaths, the majority of which were security forces and Maduro supporters. The street protests failed, but the Obama administration and the Venezuelan opposition have continued their efforts to destabilize the country with the goal of removing Maduro from power.

The achievements of the Bolivarian Revolution in the areas of participatory democracy, economic equality, social justice, education, and healthcare are all gains we could benefit from in the United States. It is our political responsibility to oppose US government plans to destroy Venezuela’s democracy.

Join an event near you!