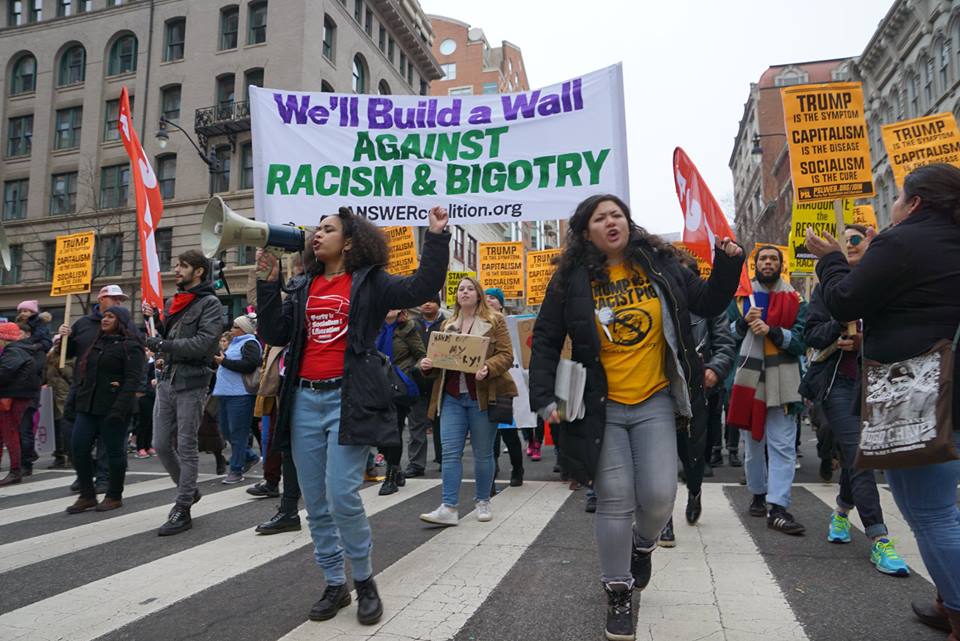 Many actions will take place across the country on Friday, Feb. 17, four weeks to the day after Trump’s elevation to the presidency. In the past few days, ICE (Immigration and Customs Enforcement) has arrested and detained more than 700 immigrants, deporting some immediately. Trump has boasted that he is “just carrying out my campaign promise.” Most of his appointees, a gang of bigots, billionaires and war mongers, have been confirmed.

NOW IS THE TIME to step up the resistance to the vicious and reactionary Trump Agenda!

Join the ANSWER Coalition for a rally and march to build the movement to defeat the Trump program.

• #NoBanNoWall!
• Stop the ICE raids and deportations! Defend all immigrants regardless of status!
• Stand up against racism, sexism, and bigotry!
• Stop attacks on Muslims, people of color, women, LGBTQ people, workers and the poor!
• No to U.S. war and intervention abroad!
• No to environmental destruction!
• Defend public education!

Work sessions to prepare for the Feb. 17 march and rally - Meet at our office (2969 Mission St.) No experience necessary!