SF Rally that same afternoon!
Friday, April 29
6:00 p.m. - 24th and Mission Sts., San Francisco
Come help smash a Trump piñata and reach out to the community with the ANSWER Coalition 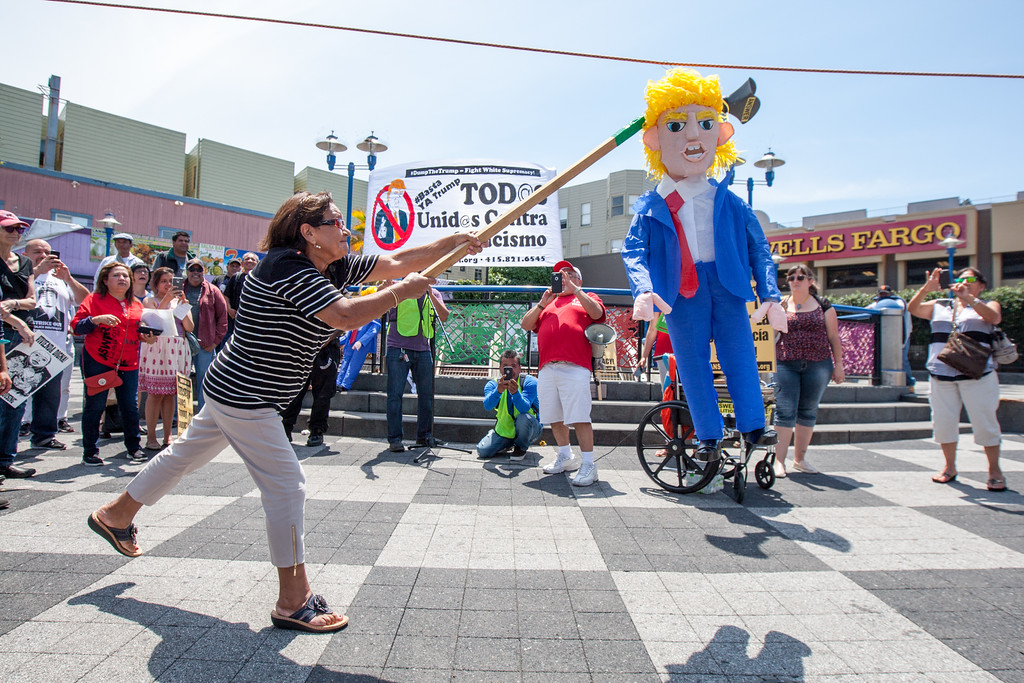 On Friday, April 29 Republican Presidential candidate and loud-mouth xenophobe and bigot Donald Trump will be speaking at the California Republican Party Convention kick-off luncheon at the Hyatt Regency in Burlingame. The ANSWER Coalition has mobilized its members and friends across the country to make the peoples’ message clear: “We will resist Trump and his hate speech!” Here in the Bay Area, the ANSWER Coalition and many other organizations are joining together to protest at the Convention. ANSWER is organizing carpools from our office.

Trump is opportunistically playing on the fears of struggling poor and working-class people in the United States and blatantly encouraging white supremacist and neo-fascist organizations to “Make America Great Again.” The Trump campaign poses an imminent danger to the most oppressed and vulnerable sectors of society and all working people and must be protested and shut down anywhere that he is given a platform to speak. Solidarity and fighting unity among poor, working, and oppressed peoples is what will be needed to shut down Trump and his campaign of racist hatred. Join us!