What you can do to defeat Trump 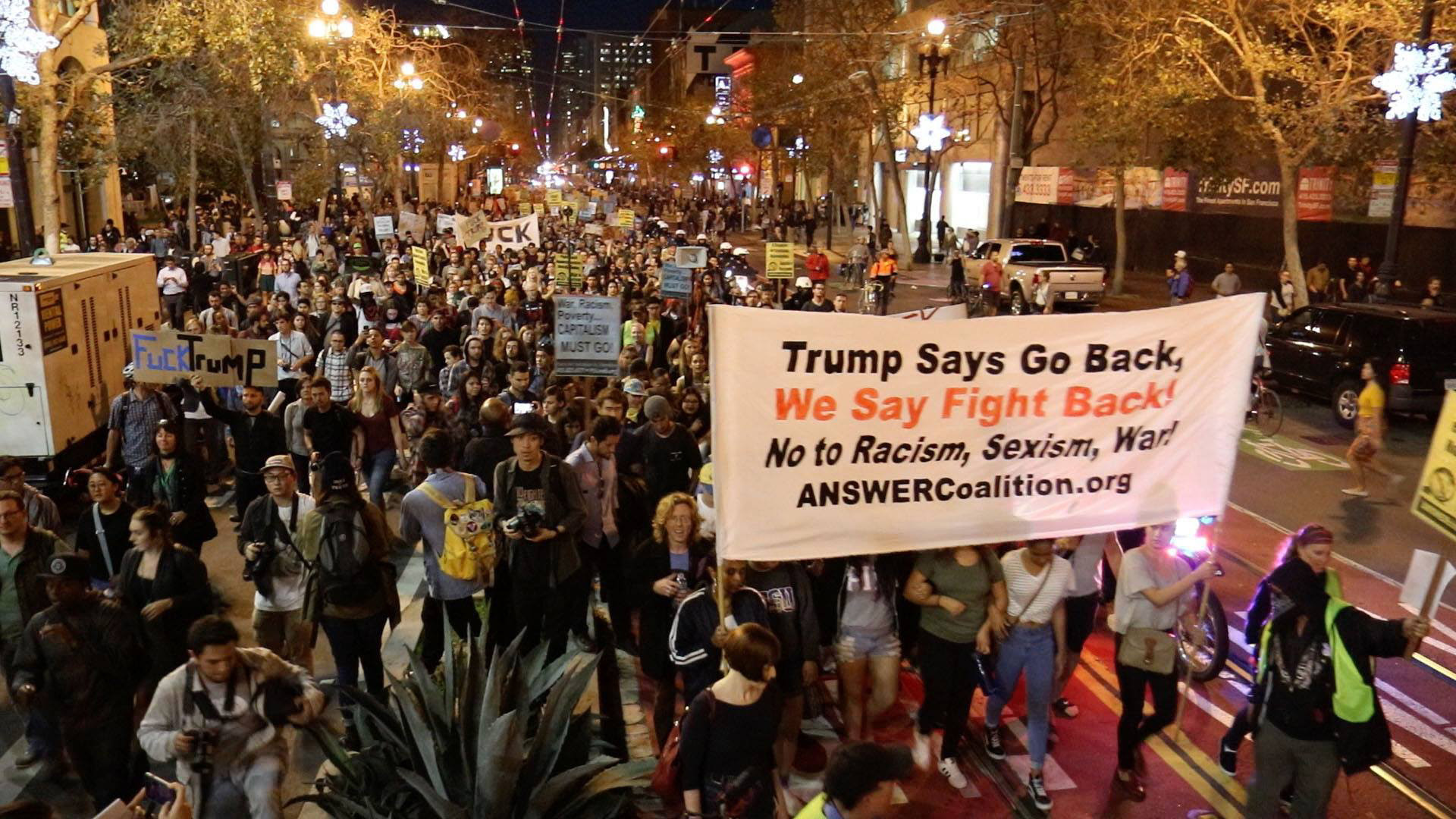 We face a great challenge. Donald Trump will be the next President of the United States. Trump and the Trump program represent Corporate America. His appointees are an ultra-reactionary collection of billionaires, bigots, warmakers and their political servants. If they are allowed to have their way, capital will run wild at the expense of the people and the planet.

It is imperative that the people and the people’s movement mobilize to defend immigrants, Muslims, women, LGBTQ people and people of color. Progressive people must demonstrate the greatest solidarity in the face of Trump’s fraud and his plans to turn back the clock on historic gains in social and economic justice.

The ANSWER Coalition is doing exactly that! We called protests around the country the night after the election and since, and will have a mass mobilization in Washington D.C. and San Francisco on Inauguration Day. We urgently need your financial support to make these crucial mobilizations as successful as possible.

How could this racist and sexist, xenophobic reality TV star win the election when he didn’t even have the support of the political establishment or Wall Street? This is also something the people’s movement has to confront.

More than six million less Democrats went to the polls in 2016 than four years ago. Trump prevailed due to the failure of the Democrats and big business to address the problems — the real issues — that are faced by the majority of people who work, or want to work, for a living and try to make ends meet. 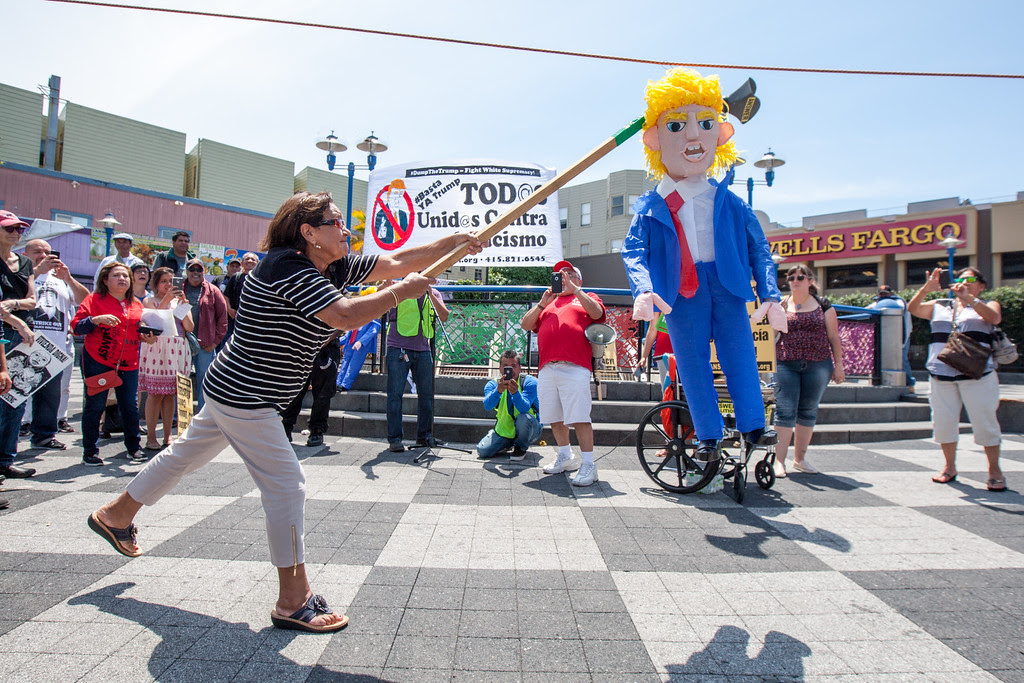 It is up to the people’s movement now to give voice to those real issues and defend the people of the U.S. and the world from Trump. Will you help?

Bernie Sanders could have beat Trump, but the Democratic establishment colluded to defeat his political revolution. The result was a candidate who represented the status quo. Then, they took their base and other sections of the electorate for granted. Despite Trump’s extreme racism and sexism, he actually won a greater percentage of the Latino and African-American vote than Romney did in 2012.

Of course Clinton won the popular vote, but this election was about turnout in the battleground states. Millions of people, especially young people, who came out for Obama in 2008 and 2012 were not motivated or inspired enough by Clinton to overcome her trust issues, connections to Wall Street and the political elite.

What will a Trump Administration mean?

Trump is erratic and unpredictable. Extreme reactionary forces led and supported his campaign, with the emergence of a new right-wing trend in U.S. politics that openly spews racism and misogyny along with anti-establishment rhetoric.

His ascension has created fertile ground for the growth of fascist acts, even though Trump’s victory itself does not represent the arrival of fascism in the United States. But how this continues to develop remains to be seen.

Trump, along with these elements presents a serious danger. But by mobilizing immediately and independently against them, we can keep the right wing from gaining more ground.

Since 2001, the ANSWER Coalition has been at the forefront of the people’s movement—after 9/11, throughout the Afghanistan occupation, during the Iraq war, the entire George W. Bush Administration, drone warfare, Libya, and attempts to widen U.S. subterfuge, war and occupation in the Middle East and elsewhere. 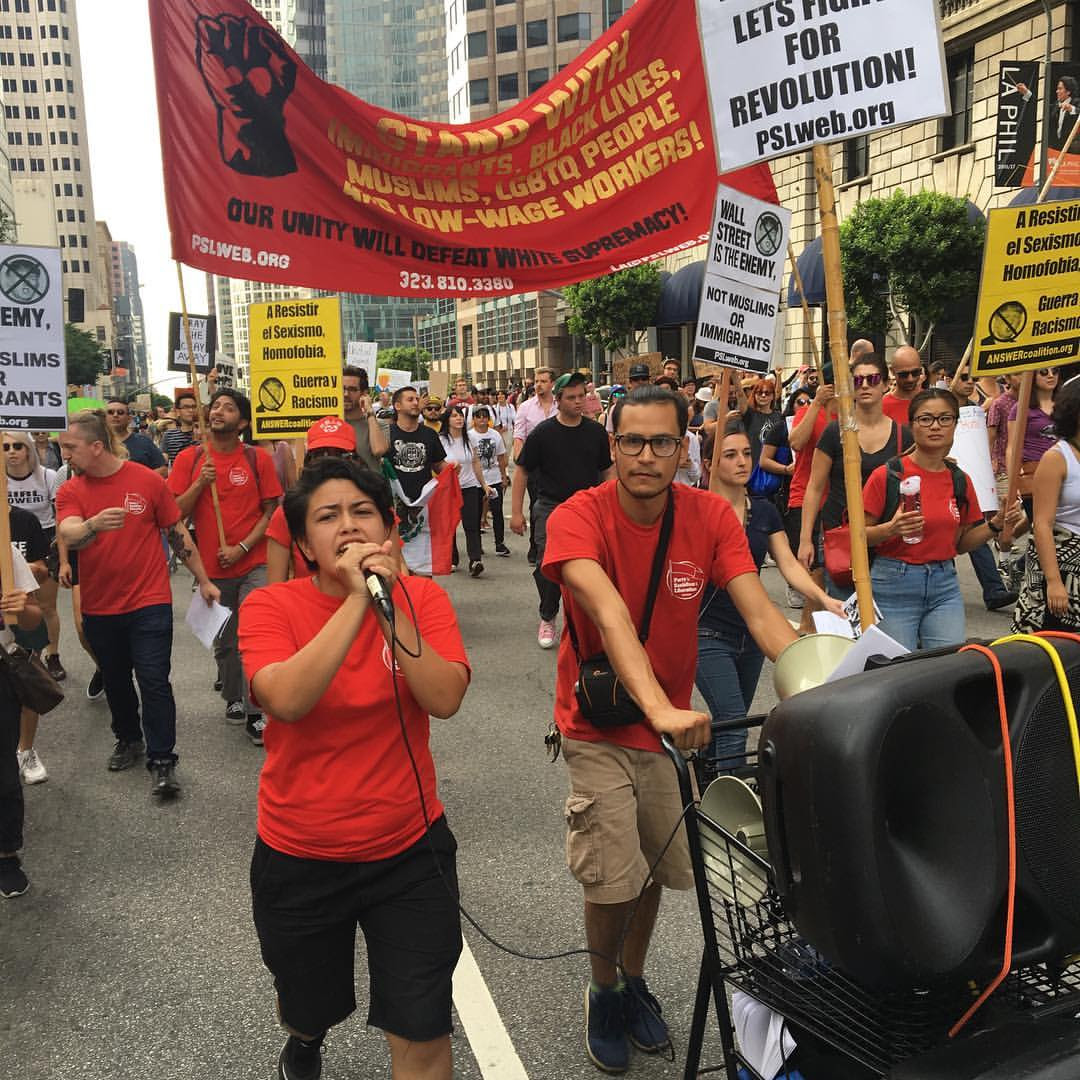 ANSWER has defended civil rights against the Patriot Act, no-knock subpoenas, NSA spying and increased police presence and terror in our cities. Fighting racism has been a part of our fabric since day one, defending the Muslim and South Asian communities in the wake of racist reaction to 9/11. Marching in the streets for immigrant rights and amnesty.  Protesting and mobilizing against racist police terror from Ferguson to Baltimore, New York, San Francisco and more.

Wouldn’t you want the ANSWER Coalition as a strong leader of the people’s movement in the tumultuous moment upon us?

The ANSWER Coalition has the will and the experience to face Trump and the rising right. But we need more resources to put up the fight. Make a generous tax-deductible donation today. With your help and those of others like you, we can rise to the challenge.

We will need thousands of dollars just for counter-inaugural events, and that is just the beginning. Every organizer and activist in the ANSWER Coalition is digging deep now to find the time and wherewithal to fight Trump, won’t you do the same with an extra donation?

Our work on this has already begun. With your help, we can face this challenge together. The time to act is now. Join us!