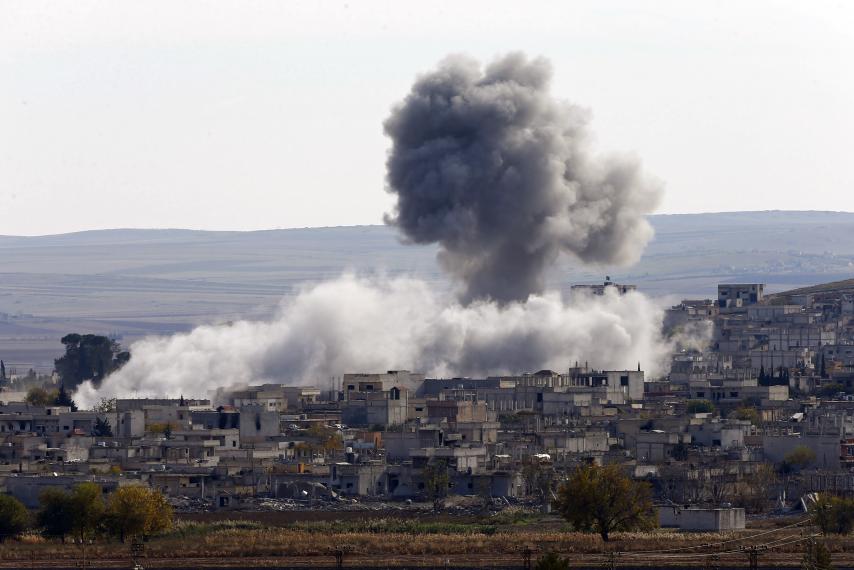 The tide is turning against the Islamic State in both Iraq and Syria. In late June, Islamic State forces were driven out of Fallujah by Iraqi government forces, assisted by U.S. airstrikes and various militia groups. Previously, the Iraqi government had made joyous announcements of recapturing Fallujah on several occasions. But in every case the celebrations had turned out to be premature, with ISIS maintaining control. This time, however, evidence shows that Fallujah is, in fact, in government hands after two years of ISIS control.

At the same time, the drive to recapture Mosul, Iraq’s second largest city, seems to have started in earnest. Government forces recently recaptured the Qayyarah Air Base, a significant gain. Mosul, the de facto capital of the Islamic State, is only 40 miles north of the base. The U.S. heavy bombardment of ISIS targets made it possible for Iraqi government forces to take Qayyarah facing little resistance. ISIS destroyed the infrastructure of the base and retreated.

In Syria, the encirclement of the rebel-held areas of Aleppo by government forces is nearly complete. For years now, different parts of Aleppo have been held by the opposing sides of the civil war, the government and various rebel groups, ISIS, the Nusra Front (the Syrian affiliate of Al Qaeda), and the FSA. Over the last few months, government forces have made steady advances around Aleppo. As of mid-July, the forces of President Bashar Assad have effectively cut off the rebel-held areas from supply routes. Despite the encirclement, the collapse of the rebel forces is not expected in the short term, as they have reportedly stockpiled supplies in anticipation of being cut off. Still, their likely eventual fall will deliver a significant blow to the ambitions of ISIS, Al Qaeda and the U.S.-supported terrorists.

There are reports that the Islamic State is now considering the possibility of losing the territory it has controlled in Iraq and Syria and pondering a different strategy. The increased frequency of ISIS high-profile terror bombings may be an indication of a shift towards more ISIS emphasis on terror attacks and less on holding territory.

How the U.S. mainstream media covers Iraq and Syria provides a lesson on the pro-imperialist function of our “free and independent media.” In many ways, the fight against ISIS is similar in the two countries. In both cases, the state is fighting to take back territory captured by the Islamic State, in the case of Syria other territory is also held by Nusra and other terrorists. In both cases, government forces are supported by an aerial bombing, mainly U.S. bombings in Iraq and Russian bombings in Syria.

Given the fact that, in contrast to the battle-tested Syrian Arab Army, the Iraqi military has proven to be an unreliable fighting force, aerial support is probably a more significant factor in Iraq than it is in Syria. In both cases, there are various militias fighting alongside the government, the Kurdish Peshmerge, Shiite militias from the south and various tribal forces in the case of Iraq; pro-government Alawite and Christian militias, as well as Lebanese Hezbollah militias in Syria.

Despite these similarities, the U.S. media applies two completely different narratives to the conflicts in the two countries. It describes ISIS defeats in Iraq in glowing terms, glorifying government victories, celebrating its gains and in some cases calling the fighters “heroes.” In contrast, government victories in Syria are portrayed as gains for the “Assad dictatorship,” with potentially “disastrous consequences” for the rebels and the prospects of democracy.

If being secular is one measure of democratic governance, the Syrian government is far more secular than that of Iraq. The Syrian state has for decades been completely a secular one that has incorporated representation from Sunnis, Alawites and Christians both among members of parliament and as government officials. In contrast, the Iraqi government, the bi-product of the U.S. occupation of the country, is heavily sectarian, failing to create a modicum of unity among Iraqis of various nationalities and religions due to its strong affiliation with Shiite Islam.

The main difference, the real reason the U.S. media are hostile to the Syrian state, is that it has a long, albeit inconsistent, history of independent and anti-imperialist policies. For this reason, from Washington’s perspective, “Assad Must Go!” Like all previously demonized leaders, the U.S. media portrays President Bashar al-Assad as the latest reincarnation of Hitler. Hardly anyone in the U.S. even knows the name of Iraq’s president, Haider al-Abadi. But Assad’s omnipresent image in the corporate media is that of a despot, a blood-thirsty leader who “kills his own people,” a ruthless dictator, several elections held even during the civil war notwithstanding.

Since the early days of the Syrian civil war, U.S. policy has been to find a way to overthrow Assad and replace him with a pro-imperialist force. Facts on the ground in the civil war have rendered this policy untenable, as the U.S.-supported rebels, the “good” terrorists, are no longer a significant force on the ground. Now, with the potential collapse of their area of control in Aleppo, the so-called Free Syrian Army and other Western-supported rebels are in danger of annihilation.

The “good” terrorists also face another significant setback. Since the beginning of the civil war, Turkey has been one of their key supporters. Given recent bombings in Turkey, however, the Turkish government is under significant domestic pressure to stop its support for terrorists in Syria. The apparent change in tone of the Turkish prime minister and foreign minister in relation to Syria may be an ominous sign for the “pro-democracy” rebels. The failed coup attempt may further increase the momentum for President Recep Tayyip Erdoğan to curb his support for terror groups in Syria.

For its part, the United States continues its gradual increase in the deployment of troops. Following the capture of the Qayyarah Air Base, Defense Secretary Ashton Carter announced the deployment of an additional 560 troops to Iraq, raising the number of U.S. troops in Iraq to approximately 6,000, if not more.

For the time being, the Obama administration seems to have come to terms with the fact that there currently are no good options for U.S. interests in Syria. However, other factions of the U.S. ruling class establishment, including many members of Congress, are promoting a more overtly militaristic policy, including the bombing of Syria’s government forces. Both Hillary Clinton and Donald Trump are promoters of a more hawkish foreign policy. There is the danger that the gradual escalation of U.S. military presence in Iraq may result in a new round of wide-scale bombings and invasion, this time in Syria.

More U.S. intervention in the region can only result in more devastation for the people of the region. The U.S. anti-war movement should strongly reject demonization campaigns against the Syrian state, which may well provide the justification for another criminal and bloody U.S. military campaign.