The following joint statement was issued by a wide range of progressive organizations in Asia ahead of Donald Trump’s trip to Japan, South Korea, China, Vietnam and the Philippines. 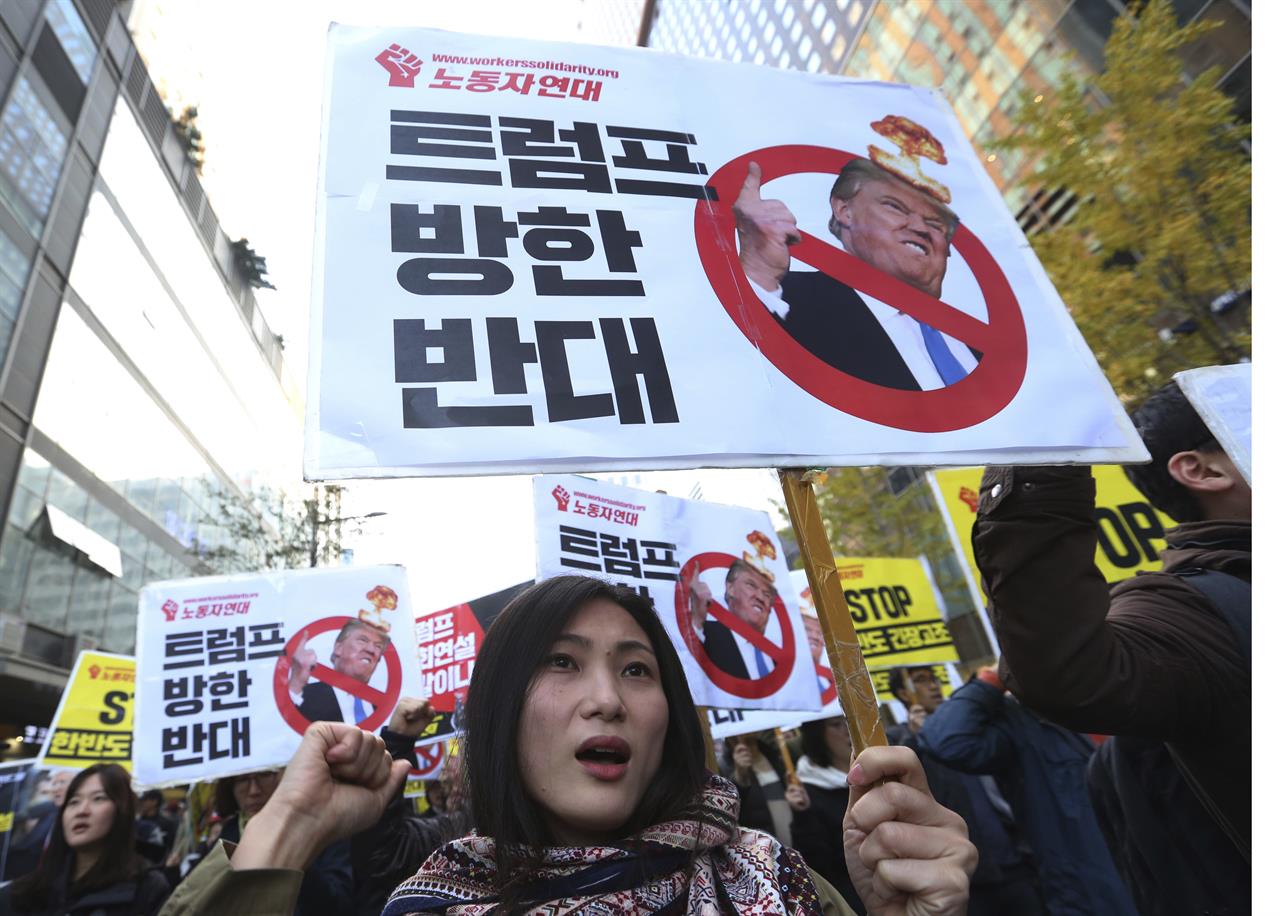 People in the Asia Pacific do not welcome the planned visit of the U.S. President Donald Trump to the region. He will surely face massive people’s protests wherever he goes.

According to an announcement of the White House, Trump will visit Japan (November 5-7), South Korea (November 7-8), China (November 8-10), Vietnam (November 10-12) and the Philippines (November 12-14), after his visit to the headquarters of the US Pacific Command in Hawaii. He will hold bilateral talks with his counterparts in these countries. He also plans to attend the APEC summit meeting in Vietnam, and the US-ASEAN summit and the East Asia Summit in the Philippines.

We strongly denounce the U.S and Trump administration’s warmongering against the Democratic People’s Republic of Korea (DPRK). Under the pretext of the DPRK’s nuclear development and ballistic missile tests, the Trump administration is escalating its military threats to the DPRK, tightening economic sanctions and continuing the U.S.-South Korea and the U.S.-Japan joint war games. Japan’s Abe administration is also propagating the “threat of the DPRK” and using it as an excuse for its intensifying militarization. Through the planned trip to Asian countries, Trump intends to further increase international pressure and encirclement of the DPRK, consolidating the U.S.-Japanese military alliance more than ever. We recognize that the main factor which raises tendon and crisis in Korean Peninsula today are the maneuvers by U.S.-Japanese imperialism.

We decisively oppose the outbreak of war in the Korean Peninsula caused by the provocations of US and Japanese imperialism. We express our steadfast solidarity with People in Korean Peninsula who wish for peace and independent and peaceful reunification of the peninsula. We demand to change the present ceasefire agreement to a peace treaty, and officially end the Korean War. We also demand that the U.S. and Japanese governments should change their hostile policy to the DPRK and normalize diplomatic relations with it. We demand the removal of US military bases in Korea and Japan. Only on such foundation, we believe, can denuclearization and lasting peace on the peninsula be realized, paving the way towards independent and peaceful reunification of the peninsula.

We also denounce the U.S. Trump administration for its maneuvers toward further reinforcement of the US military presence in the Asia Pacific region. We support people’s struggle in Okinawa and different areas in Japan to resist construction and consolidation of the U.S. bases there. We express our solidarity with people in South Korea who demand the withdrawal of the THAAD (Terminal High Altitude Area Defense) system and oppose the U.S. bases there. We also support the Filipino people’s campaign to withdraw the U.S. Troops from their country, denouncing the ongoing U.S. military intervention in the name of the discredited “war on terror”. At the same time, we oppose the U.S. intention to obstruct the cross-strait peace and reunification by consolidation of military relationship with Taiwan. We vow to further develop our common effort for building of peace in the region, resisting the U.S.-led military alliances and demanding withdrawal of all US troops from the region.

At the same time, we resist the Trump administration’s ambition for maintaining and expanding of its economic control of the Asia Pacific region through unequal trade agreements and other measures. We oppose all measures which serve the interests of big monopoly capitalists and Transnational Corporations and only bring further exploitation, oppression and plunder to workers and people who are fighting to defend their rights. We also condemn the Trump administration’s discriminatory, racist and anti-people agenda including its anti-migrants policies.

We fight together against imperialist wars of aggression, oppression and plunder. We organize steadfast resistance to the Trump’s visit to the region. People in Asia-Pacific and the rest of the world, unite against imperialism!