Sat. 4/4 March for Justice for the 43 Students of Ayotzinapa - Join the ANSWER Contingent 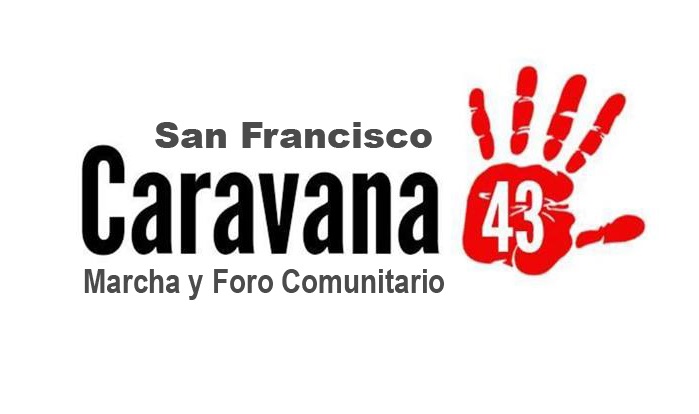 The march will gather at 1:30pm for a rally at 16th and Mission Sts. in San Francisco, followed by a march to 24th St.

Saturday, April 4, San Francisco will welcome the families of the 43 students disappeared by the Mexican government this past September. After more than 7 months of marching, attending rallies and speaking at forums in Mexico, the families are coming to the U.S. to seek support for their cause. Join us in welcoming the families and standing in solidarity with their demand for justice.

As activists here in the U.S., a country whose interventionist policies have led to the crisis of violence and corruption that Mexico faces today and whose ICE raids and racist anti-immigrant policies in the U.S. terrorize Mexican citizens looking to escape the terror in their homeland, we also say “#YaBasta!” Since 2006, the U.S.-fueled drug war in Mexico has led to the disappearance of more than 20,000 people. According to official numbers, from 2007 to 2012, there were more than 121,000 homicides, with more than 50,000 since the current government of Enrique Peña Nieto rose to power. On Sept. 26, 2014, 43 male students from the Raul Isidoro Burgos Rural Teachers’ College of Ayotzinapa were added to these figures.

Join the ANSWER Contingent at the mass community march with the families of the 43 students to demand, “Tear the Border Wall Down! Resist U.S. Intervention in Mexico!”