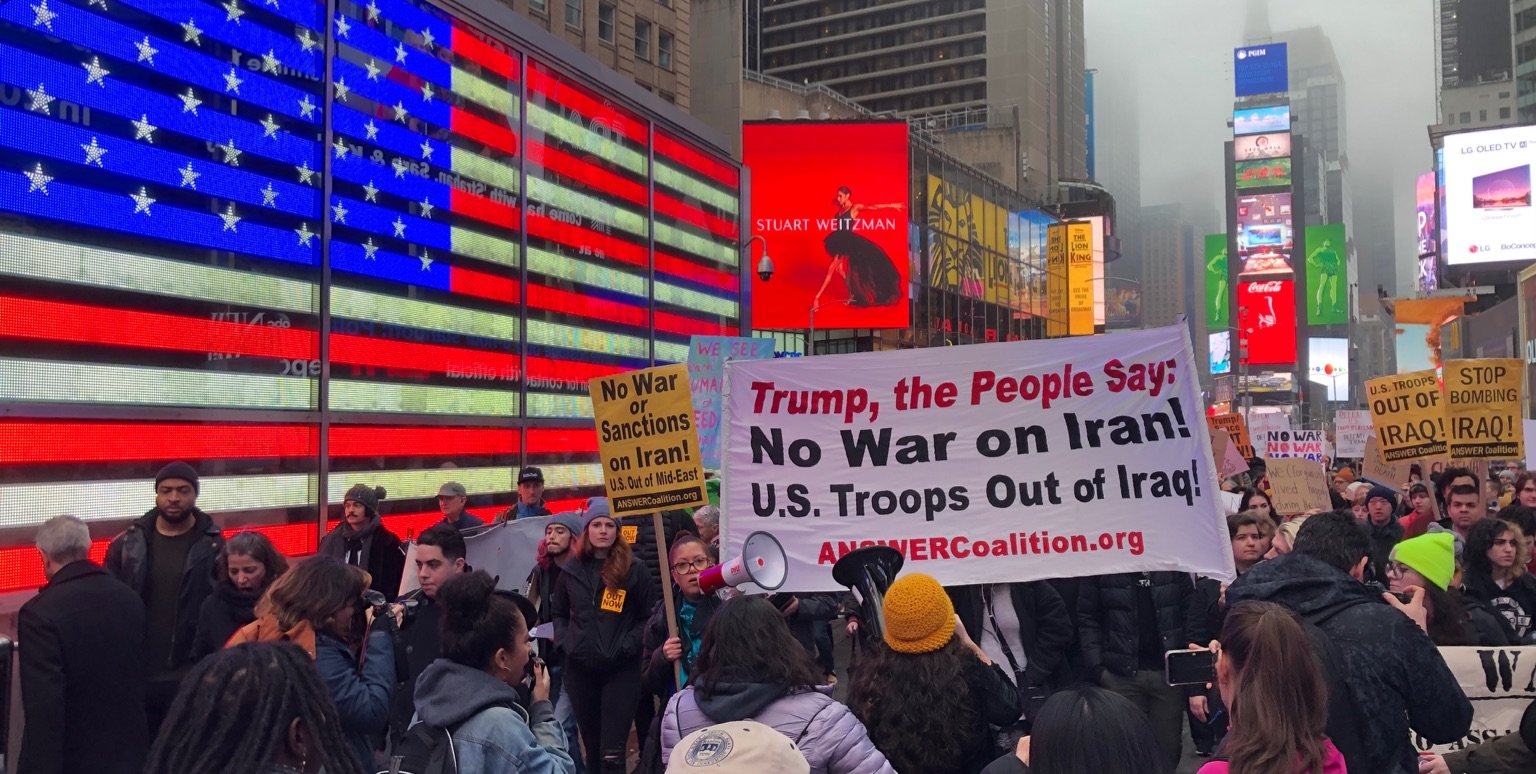 Amazing job to everyone! A big shout out to the more than 15,000 people who participated in one of the demonstrations that took place in 90 cities and towns yesterday.

Trump carried out an act of war against Iran and the people of the United States immediately went into the streets to say No New War! Trump tried to speak in our name when he carried out the drone assassination of Iranian General Soleimani and others at the Baghadad airport, but the people of this country are challenging his lies and organizing resistance.

Together, we are building a new anti-war movement.

The ANSWER Coalition and CODEPINK initiated the January 4 Call to Action on January 1, 2020. Overnight more than a hundred other endorsements came in. Within four days demonstrations took place in 90 cities and towns throughout the United States.

Click here to view some of the national news coverage of yesterday's actions.

Trump’s Lies about the Assassination are Being Exposed

Donald Trump’s lies about Iran are starting to come apart. According to the Prime Minister of Iraq, Soleimani was arriving in Baghdad as part of a mediation effort designed to reduce tensions between Iran and Saudi Arabia. As his car was leaving the Baghdad airport to take him to negotiations where he was expected to give Iran's response to a Saudi proposal, his vehicle was blown up by a U.S. drone on Trump's orders. According to the Iraqi Prime Minister, Trump knew the purpose of Soleimani’s visit. Today, the Iraqi Parliament voted to expel all U.S. forces from their country.

As the lies of the Trump administration are further revealed we must continue to demand no war with Iran and that U.S. troops leave the Middle East.

Together, we are building a mass anti-war movement! Hundreds of volunteers are working day and night to build this movement, but funds are urgently needed. We can do this work with you, but not without you. Please make an urgently needed donation today!