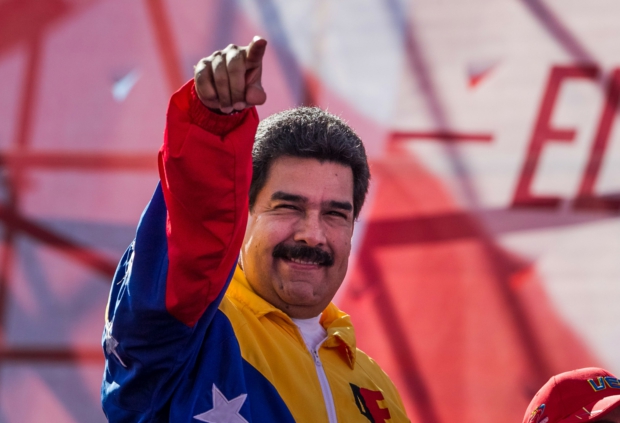 In an ominous escalation against Venezuela’s Bolivarian Revolution, President Barack Obama issued an Executive Order on March 9 outlandishly declaring the Venezuelan government “an unusual and extraordinary threat to the national security and foreign policy of the United States.”

Venezuelan leaders immediately denounced Obama’s Executive Order. After all, it is Washington that has plotted against the Bolivarian government for 16 years.

In a national TV address, President Nicolás Maduro charged Obama with “committing the gravest aggression against Venezuela in all its history,” calling his order, “a monster created with the backing of the State Department and the CIA.”

The leaders of Cuba, Bolivia, Ecuador and other progressive Latin American governments vehemently condemned this latest aggressive move by the U.S. as blatant intervention in Venezuela’s internal affairs.

Ecuadorian President Rafael Correa called the March 9 order “a bad joke,” and “an unacceptable attack on the sovereignty” of Venezuela.

The Cuban government issued a statement reading in part: “The revolutionary government of the Republic of Cuba reiterates anew its unconditional support and that of our people to the Bolivarian Revolution, to the legitimate government of President Nicolás Maduro and to the heroic fraternal people of Venezuela.”

Even the outgoing secretary-general of the Organization of American States, Jose Miguel Insulza—no friend of the Bolivarian Revolution—called Obama’s order “very harsh.”

In his March 9 declaration, Obama ordered the seizure of property and assets in the United States of seven Venezuelan individuals—military and civilian—whom Washington accuses of “human rights violations and abuses,” for detaining or restricting anti-government protesters.

The colonial ‘logic’ of Obama’s action

According to the colonial “logic” of Obama’s order, the arrest of extreme right-wing counterrevolutionaries in Venezuela poses an “extraordinary threat” to U.S. national security.

The ultra-right protesters launched terrorist attacks starting in February 2014, to try to destabilize the Venezuelan government and create a climate of chaos.

Some 43 people were killed in the attacks.

To put an end to the violence, the National Guard, the Bolivarian National Armed Forces and the National Police were mobilized to rescue people in neighborhoods who were trapped by massive barricades set up by the right-wing, and to arrest the attackers and restore peace.

On Feb. 12 this year, the Venezuelan government defeated a new coup plot that would have included plane bombings of multiple sites in Caracas.

Surviving the U.S.-backed plots is why Venezuela’s revolutionary government has been declared an “extraordinary threat to the national security and foreign policy” to Washington.

Obama’s order sanctions the commanders who defended the population over the past year, as well as the prosecutor of the plotters of the recent coup attempt.

The U.S. government portrays the opposition as peaceful protesters abused by the Venezuelan police forces, but many officers and National Guard have been brutally attacked by the gangs.

Prosecutor Katherine Nayarith Haringhton Padrón is banned from the United States by the order. She is the national prosecutor who charged María Corina Machado and Antonio Ledezma Díaz for conspiring to overthrow the government on Feb. 12, 2015, and calling for violence in the streets.

They are currently awaiting trial, along with Leopoldo López, another coup plotter.

Obama’s Executive Order also broadly defines any current or former leaders and supporters of the Bolivarian government as subject to possible sanctions.

It threatens U.S. individuals and entities that have “materially assisted, sponsored, or provided financial, material, or technological support for, or goods or services to or in support of” pro-government Venezuelans currently targeted or to be named in the future.

Venezuela’s government has launched counter-measures in recent days, and more are sure to come. In early March, Maduro ordered the reduction of U.S. Embassy personnel from 100 to 17, the same number of Venezuelan embassy/consulate officials in the United States.

Visas will now be required for U.S. citizens wanting to visit Venezuela. And a detailed description of the war crimes committed by U.S. officials who are now banned from entering Venezuela is available on the Internet. These include George W. Bush and Dick Cheney.

Maduro announced that he will seek a special “Enabling Law” from the National Assembly on March 10 to give Maduro the power to enact emergency laws, to take swift and effective action to defeat the counter-revolution.

It will be “an anti-imperialist law to prepare us for all scenarios, in order to win,” Maduro said.