Protest at the White House: Disband NATO! No war on Russia! 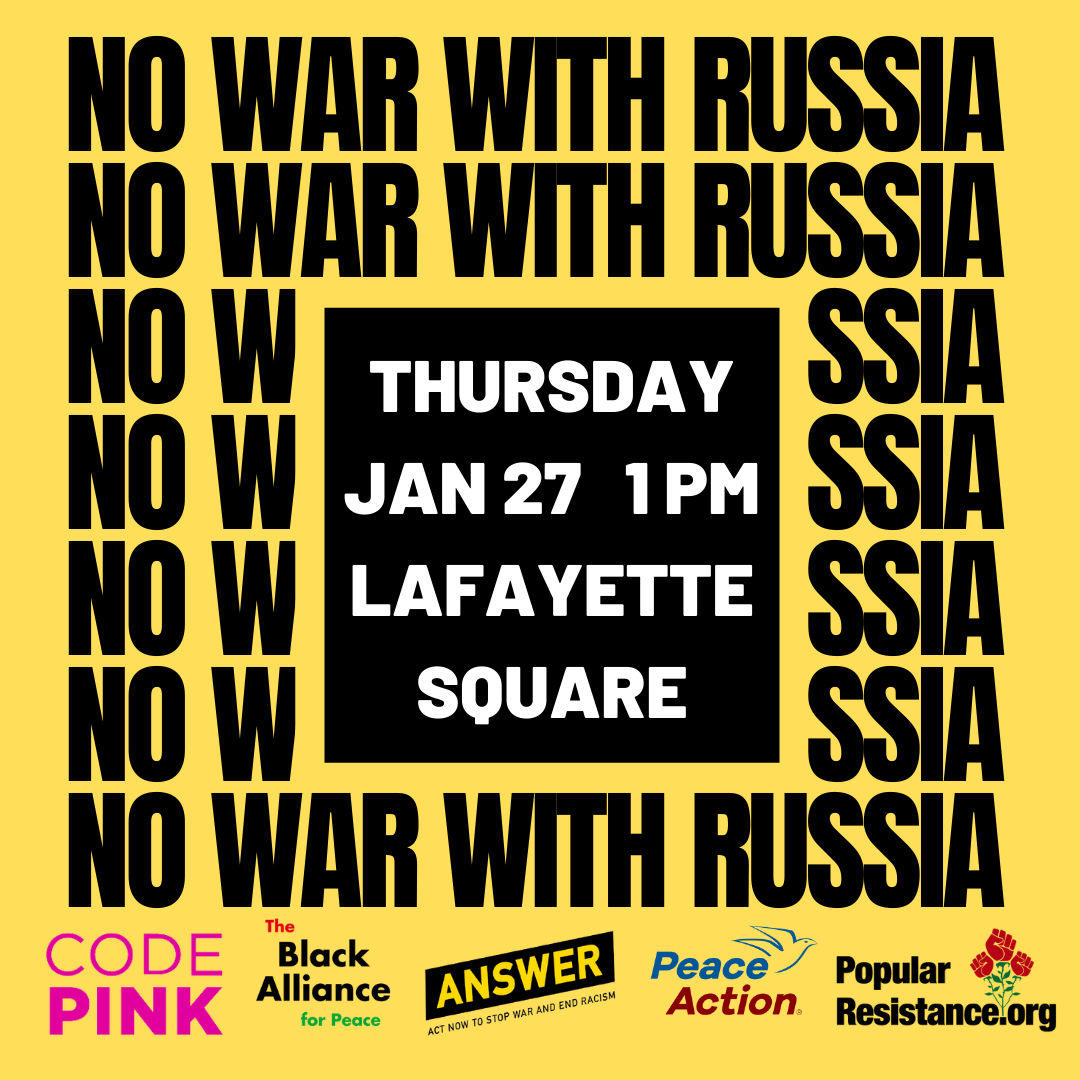 Disband NATO! No War on Russia!

Join progressive and anti-imperialist voices this Thursday in speaking out against NATO aggression towards Russia and demanding that the cold war relic be disbanded!

The legacy of U.S. imperialism is that of unjustified interventions, invasions, occupations, and endless war based on manufactured lies and media fabrications. Over the past two decades, the U.S. has devastated Iraq, Afghanistan, Libya, and Syria. The real threat to peace is the U.S. war machine.

Say NO to war on Russia! Disband NATO! End the U.S. war machine!

This action is co-sponsored by the ANSWER Coalition, Code Pink, Black Alliance for Peace, Peace Action, Maryland Peace Action, Popular Resistance, and others.