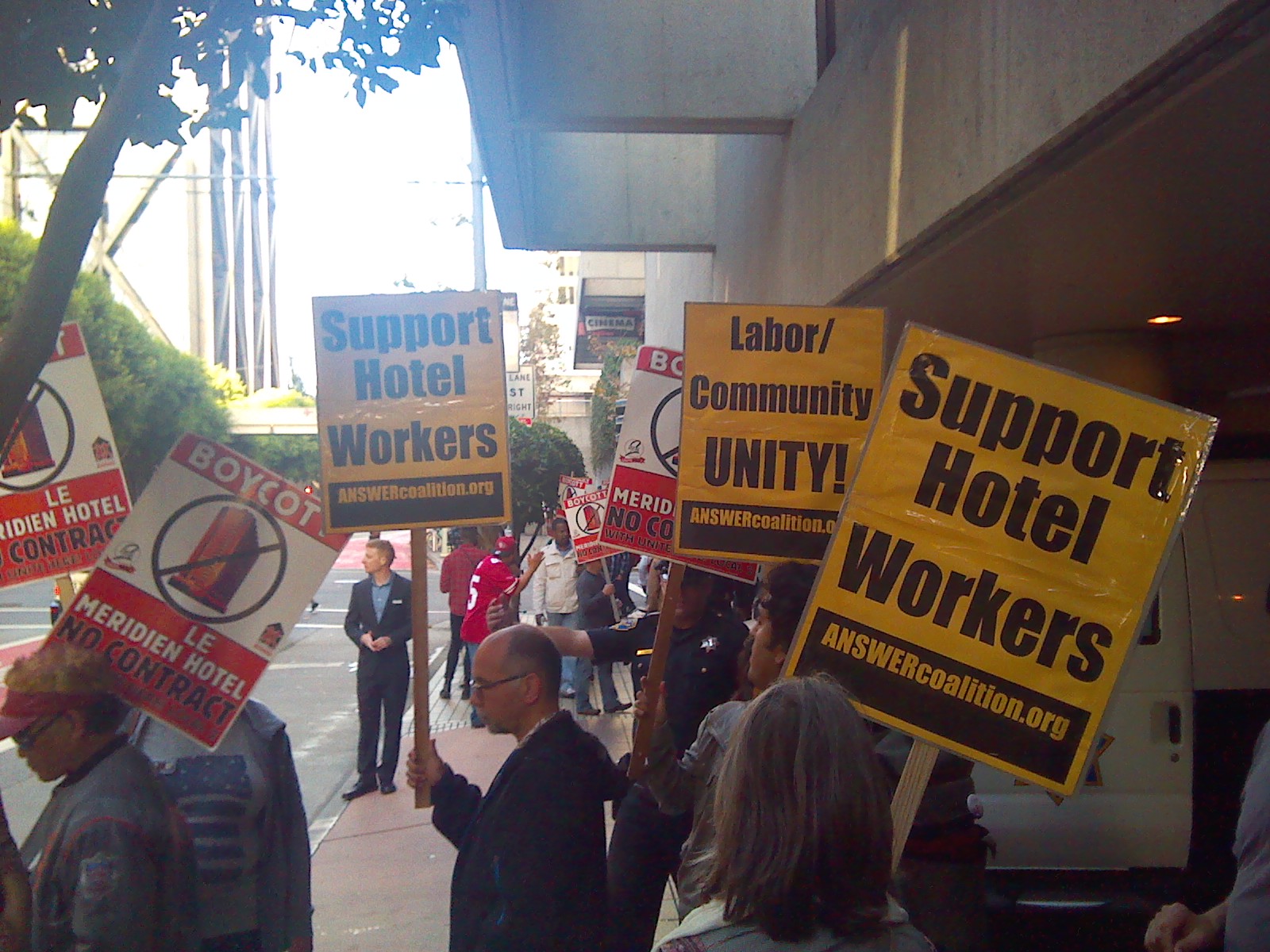 The ANSWER Coalition joined Local 2, the union which represents hotel and restaurant workers in San Francisco and San Mateo counties, and other labor groups in a showing of community and labor solidarity. The action protested the Chesapeake Lodging Trust group, which is denying workers at its luxury Le Meridien and Hyatt Fisherman's Wharf hotels the ability to form a union.

On September 28, a strong, multi-national contingent of union members and community activists picketed outside the Le Meridien hotel in the city's financial district for twelve hours, encouraging hotel guests to "check out" and also making sure that everyone in the streets knew the hotel was employing shameful anti-worker practices.

The picket culminated with dozens of protesters making a stand in front of the main entrance and refusing to move. Police blocked the doors and made sure to only protect the interests of the property owners.

22 protesters were arrested in the civil disobedience action, including Western Regional Coordinator of the ANSWER Coalition Richard Becker. Tho Do, representing Unite Here! Local 2, said, "It was a show of solidarity and determination of people willing to take arrests in support of Chesapeake workers."

Le Meridien and Hyatt Fisherman's Wharf are the only two hotels in San Francisco that are actively involved in labor disputes, as the vast majority of the city's hotel workers have the right to union protections. Union leaders and hotel workers are demanding a boycott of the two hotels until owners of Chesapeake Lodging Trust respect and honor their workers right to unionize. The ANSWER Coalition condemns Chesapeake for its anti-worker policies and SFPD for their complicity in protecting the interests of rich property owners over the rights of working people and their families to a dignified life free from corporate exploitation.