Victims of right-wing violence: The struggle against impunity in Venezuela 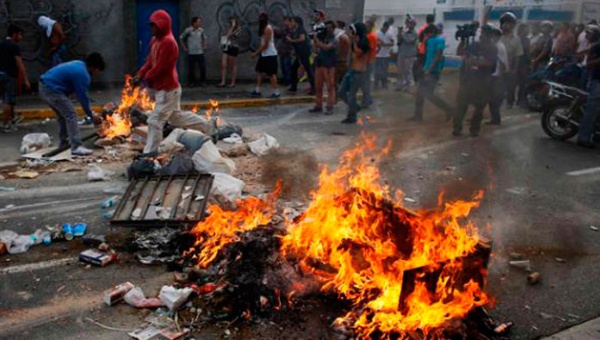 Two of the victims of this violence traveled to the United States from Venezuela to share the truth about these events. Their message is about ensuring that the instigators and perpetrators be held to account, regardless of whether they are rich and powerful politicians or state security officers. They will also spoke about the challenge of overcoming biased media narratives and their strategies in seeking support from international organizations and solidarity groups. Their visit came at a time when Venezuela once again faces elections, and there is a need to raise consciousness in order to prevent history from repeating itself.

Watch a 30-minute video with the presentations of Luis Duran (who lost his son) and Desiree Cabrera (victim of violence). They speak in Spanish with consecutive English translation:


From Committee of Victims of the Violent Protests and the Ongoing Coup - Truth and Justice: