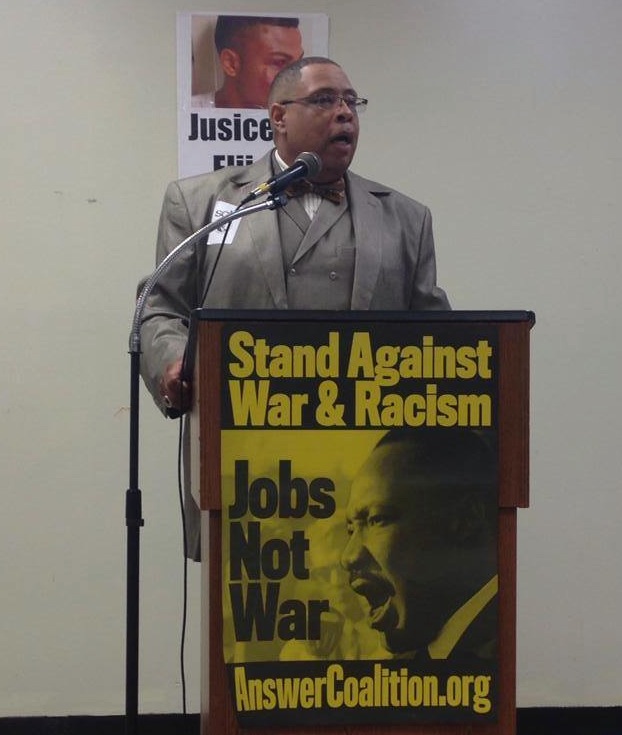 Reverend Lemorris Dexter was sentenced to 60 days in jail and three years probation today for “obstructing governmental administration” and “disorderly conduct,” charges that he incurred after an incident of police brutality and misconduct.

Rev. Dexter’s wife, Alisha, who was convicted of two counts of “resisting arrest,” was sentenced to two years of conditional release.

The probation department had recommended that Rev. Dexter be sentenced to time served and that Alisha receive one year of conditional release.

The ADA recommended that Rev. Dexter serve the maximum sentence, one year and 15 days consecutively. While justifying his excessive recommendation to judge Rory McMahon, the ADA brought up the popular movement that has emerged to support Rev. Dexter. He accused Rev. Dexter of using the protests to “deflect blame onto the police” instead of examining “his own moral character.” He said that protesters “didn’t know all of the facts” and “were very one-sided.” Not only were his comments absurd (as if protests wouldn’t be one-sided), but to bring the justified community outrage up during sentencing was ultimately an attempt to put free speech and the right to demonstrate on trial.

The Dexters' had a large showing of community support at the sentencing, which was noted by Rev. Dexter’s attorney.

In fact, without the public visibility generated by the movement to support Rev. Dexter, it is quite likely that the judge would have adoped the ADA's recommendations.

Rev. Dexter has been held at the Onondaga County “Justice” Center since his conviction on March 20. At the request of the jail guards, he has been placed on the “sober living” floor, where he ministers to other inmates. Rev. Dexter will be released on May 19.

The ADA’s recommendation for Alisha is perhaps even more disgusting. He wanted the judge to give her 6 months in jail. Alisha is a 43 year-old mother of four who has never been in trouble with the law before. She works full time and is currently pursuing a graduate degree at Syracuse University.

Had the ADA’s recommendations been implemented, they would have left the Dexter’s four children without parents for several months. But the District Attorney’s office wasn’t out for justice. They were out for revenge. They were out to silence the Dexters for Rev. Dexter’s activism.

For the time being, the New Salem Missionary Baptist Church will have to go without their Reverend, and the four Dexter children will have to go without a father. The community support has been tremendous, and Alisha has noted her deepest appreciation for this support several times. We ask all members and supporters of the Syracuse Answer Coalition to stay tuned for ways that you can help the Dexters and the movement against police brutality in Syracuse.