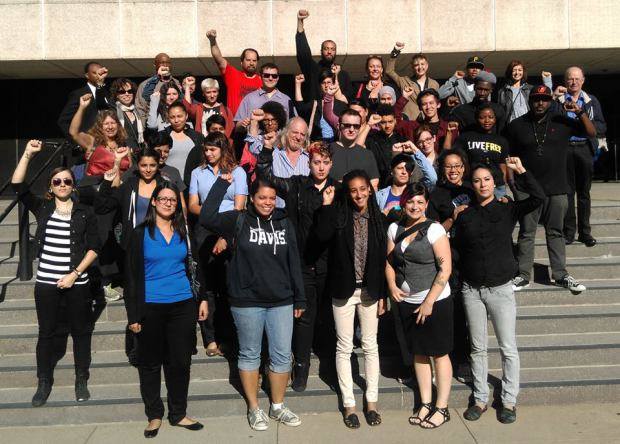 Even though the Sacramento District Attorney has decided to drop the felony lynching charge against Maile, there remains an absurd resisting arrest charge. Once again, the diverse community of Sacramento is needed to come out to show their support for ANSWER Coalition and Party for Socialism and Liberation member, as well as their opposition to the continued targeting of Black activists opposed to police brutality in Sacramento and elsewhere.

Community support was important in showing the DA that to charge a Black person with lynching is flat out absurd. It took the efforts of the community to make sure that Maile did not lose four years of their life to a corrupt criminal justice system. This is the same system that fires tear gas and rubber bullets at those seeking answers to police murders.

The struggle for justice and liberation continues. Maile still faces an unjust misdemeanor charge and could spend up to a year in jail in addition to being put on probation and being given a large fine. This is ridiculous. The DA should DROP THE CHARGE NOW. Activists should not be targeted and free speech should not be limited because it is a threat to the structures and institutions of white supremacy.

To help you can:

Spread the word any way you can whether in person or by sharing this event on social media.