Throughout Trump's tour of Japan, South Korea, China, Vietnam and the Philippines, and even before it began, people across Asia took to the streets in protest. Below please find a collection of materials posted and circulated by the ANSWER Coalition over the last two weeks, and new updates from Asia-Wide Campaign - Japan about activities in the Philippines and South Korea.

ANSWER statement: "Trump’s Asia Trip is About Setting the Stage for War"
Read a statement from the ANSWER Coalition preceding Trump's trip.

Protest to counter Trump’s visit to Japan: Report, photos and solidarity message
Read a solidarity statement from the ANSWER Coalition that was read at the Nov. 5 protest against Donald Trump's visit to Japan, and see a report and photos from that protest.

Joint Statement: People in Asia-Pacific Resist Trump’s Visit to the region!
"People in the Asia Pacific do not welcome the planned visit of the U.S. President Donald Trump to the region."

Joint Statement: U.S., South Korean, and Japanese civil society organizations call for a bold shift in policy for peace in Korea and Northeast Asia
Statement issued by hundreds of progressive and anti-war organizations in South Korea, Japan and the United States.

Koreans around the World Say “No” to Warmongering Trump
Read a report from Zoom in Korea about protests in Korea and the United States. 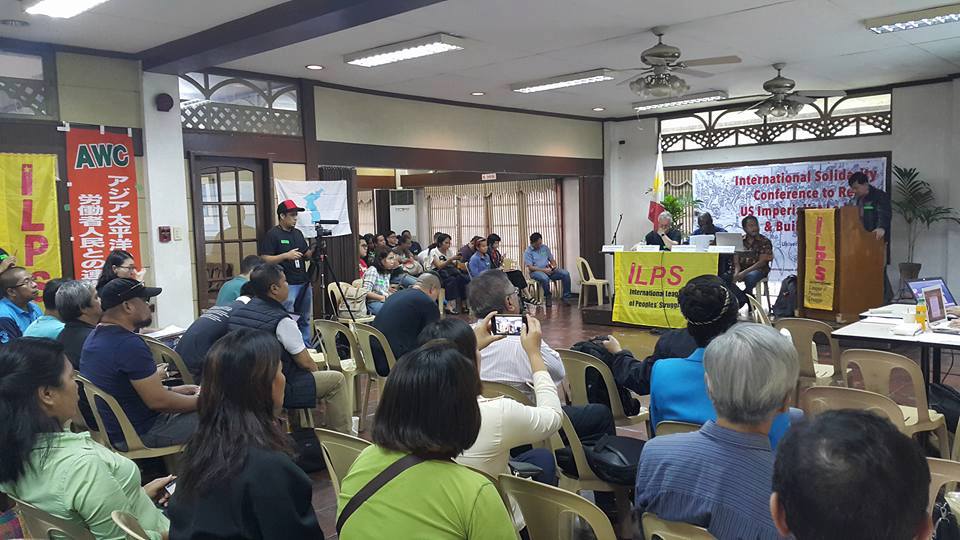 A delegation of the AWC-Japan joined the National Worker’s Rally in Seoul, South Korea. They expressed their solidarity with the Korean people who ousted a corrupt President through a series of candle light demonstrations and are now fighting against possible war on the Korean Peninsula. During their stay in South Korea, they visited different places and joined with struggling people including those who are still resisting the U.S. THAAD system in Seongju.