An emergent alliance working to build an international chain of solidarity with the people of Haiti is calling for a day of protests on Monday, March 29 in multiple cities across the Americas and around the world in support of the struggle happening on the ground in Haiti. Read more
posted by Answer Coalition | 273pt
March 28, 2021
Share

For almost 60 years, Cuba has endured the economic, financial, and commercial blockade imposed by the U.S. government. During Trump’s term, he imposed more than 220 measures to further cause harm to the island’s economy and the Cuban people. Now is the time to mobilize on behalf of Cuba and tell Biden and Congress: No Delay, Lift the Blockade Now! Progressive Cubans in Miami initiated monthly caravans that are spreading all over the country. Join us on Sunday, March 28 in San Francisco! Read more
posted by Answer Coalition | 273pt
March 28, 2021
Share

We assembled some helpful resources for endorsers to help spread the word and prepare for the March 27 national day of action against anti-Asian racism
posted by Answer Coalition | 273pt
March 25, 2021
Share 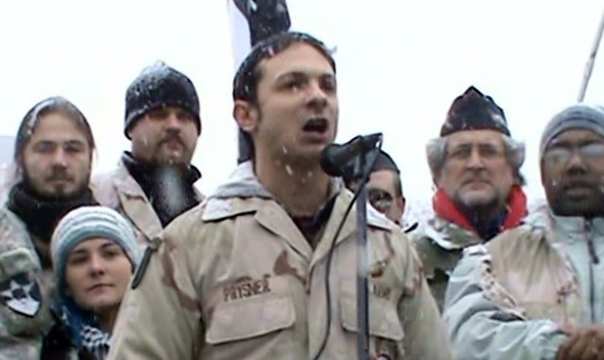 March 19 marks the 18th anniversary of the U.S.-led invasion of Iraq. The catastrophic warfare that followed claimed the lives of over a million Iraqis, led to the death or life-altering injury of tens thousands of U.S. service members, and sowed chaos throughout the Middle East. Brian is joined by Mike Prysner, the producer of The Empire Files. Mike is also a co-host of the podcast Eyes Left, a podcast hosted by two anti-war Army veterans of the Afghanistan and Iraq wars. Mike was a soldier serving in the U.S. military during the Iraq invasion, and went on to become an anti-war leader who organized soldiers and veterans to resist the Pentagon war machine. Read more
posted by Answer Coalition | 273pt
March 21, 2021
Share

Brian Becker on Debates & Political Struggles Within the Anti-War Movement: From Gulf War to Today

Brian Becker reviews the history of heated debate within the socialist movement over the necessity of taking a principled, anti-imperialist position in opposition to the U.S. war machine. Almost 18 years ago, George W. Bush launched the invasion of Iraq, a conflict that would ultimately take the lives of over a million Iraqis. Whether and how to oppose this war -- and others like the 1991 Gulf War or the 2011 war on Libya -- has been a persistent topic of debate. Read more
posted by Answer Coalition | 273pt
March 21, 2021
Share

Brian Becker dissects the reasons for the US military occupation in Syria and analyzes the objectives and strategies of U.S. imperialism in Syria, and its wars against Iraq and Libya.
posted by Answer Coalition | 273pt
March 05, 2021
Share
Donate to the Movement Volunteer - Get Involved Today